September 1, 2011 - Clumsy, The Funnies - Tagged: appliances are mean, coins make people angry, fluff option, grocery carts require money, i may be a funny person, i may be a lunatic, Miss Dior, perfume, The Treehouse, trouble using a dryer, why am i paying for my grocery cart - 12 comments

.1. I was walking down the street last week thinking how lovely and homey Ottawa smelled…just like my perfume Miss Dior. I also noted how gracious fellow pedestrians were in giving me much girth as we crossed paths.

I later discovered that “Ottawa” was in fact my purse, inside of which my perfume had decided to make like a suicide bomber.

As I pedestrian myself around town, people continue to give me a wide girth and so I have taken to yelling “MY PERFUME EXPLODED IN MY PURSE” as I wave.

(I am too lazy to pull out a new purse instead. Besides, Miss Dior makes me happy .)

.2. I was recently excited to note the “Fluff” option on my dryer, especially as it was my first time using a dryer for clothes rather than for my curls.

Immediately, I imagined my Treehouse filled with very very fluffy towels and clothes , in to which I would launch myself every day upon entry into the Treehouse. 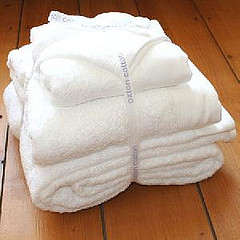 So I Fluffed my towels; one hour cycle, then a second hour cycle, and finally a third hour cycle exponentially confused every time that they were neither drying nor fkn fluffing. (I am the reason the environment is dying.)

I called my friend and demanded “What’s UP with my dryer? It’s not fluffing! Should I call someone? I think it’s broken. It’s definitely broken. I’m calling someone.”

My friend calmly explained that the fluff cycle doesn’t in fact dry anything. (Uhm. So then why is it on the machine we call The DRYER, right? My question exactly, Mr. General Electric.)

Apparently, Fluffing comes post the Drying cycle. You dry, then you fluff. I don’t understand either because I am on strike and demonstrating in front of The DRYER every Saturday between 9 am and 10 am. I have a placard which I made myself, but only because my friend wouldn’t help.

.3. I was just at a grocery store where I had to pay for my cart. WTF?

After battling with one of the carts and miserably losing the war (which consisted of me pulling, pushing, kicking, and trying to turn the cart around, while my Miss Dior purse slipped down my arm), I conceded that there was some conspiracy amongst the carts. They didn’t like me. “It’s the perfume”, whispered someone inside of my head.

And then a woman appeared, plunked a quarter in to a secret slot (I could not see) and slid the cart out as though it were covered in baby oil.

Obviously, I did what any normal person would do and stood around, creepy-watching other people remove cart after cart as inconspicuously as possible. Only…I’m not very inconspicuous because I tend to smile and say ‘hi’ a lot.

I’m pretty sure at least one woman almost punched me in the throat because she thought I wanted to thieve her quarter.

As such, I don’t recommend watching people and their quarters because clearly, coins make people angry.