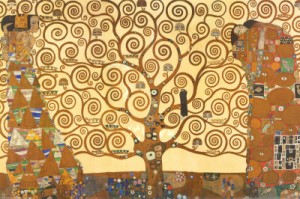 I recently wrote something, of which the following is a small bit. I never made it public because it felt too raw and because I was arguing with myself while I was typing it out as in essence, I didn’t really believe what I was writing:

Tonight, I’m shaken to my core and I’m terrified.

I woke the next morning still arguing with myself re the above sentiments and I decided to go a-mosque-ing because I felt as though I were being fragmented awake.

I went early and the doors were locked. I banged and banged and went from door to door but no one came. I prayed outside behind the mosque and laid my forehead to the pavement and cried. I felt so alone and I was terrified and shaking and incapable of taking a proper breath because I didn’t know what – if anything – could start to heal the fragments floating within me.

It began to rain while I was praying, and in this way, He guided me back into my car. As I was pulling out of the parking lot, a gentleman was unlocking the door to the mosque. I rolled my window down and he greeted me with the friendliest ‘Al-salamu alaikum, sister!’, his voice dropping at the sight of my tear stained face, and red scratches across my forehead. Immediately, he gestured for me to ‘go go, park, sister, and then come in. You will have the mosque to yourself. Come, come!’

My exhaustion had nearly left me incapable of the physical capacity to stand, but I managed to pray five 2 ruk’as as I had intended.

I was moving to stand between one of the ruk’as and in that singular moment, I felt grounded. I actually and quite literally felt rooted. The mosque was my home; I was home and I was at complete and total peace. I understood who I was and what I was and I was finally calmed.

The night I was writing frantically the fragment I share with you above, was a night that found me defining Me not by who and what I was, but by exactly what I was not. I was mired in misery. Having experienced that, I can say that I don’t think there’s anything more challenging than not knowing who we are except, perhaps, when we define ourselves by what we are not. A negative positive, if you will. I never want to relive that night and I plan on fighting those sentiments tooth and nail if they ever turn their ugly faces my way again. Because of their hate-filled, they were crushing my insides.

Reading the sentiments that saw me move to mosque the following morning, I feel an overwhelming sorrow for the terrified girl who wrote those words, but…after praying, she was leaving the mosque and was met by the brother who ushered her in.

He was waiting, concerned, wanting to make certain she was okay and when she smiled, he said ‘Alhamdulilah’ before he introduced her to his four year old son who, through the smoothest chocolate skin, turned his curly eyelashes up her way and smiled to mend her heart.

When she got into her car, she started crying for a whole other set of reasons, for each of which she could only say ’Alhamdulilah’.

———-
If there’s anything to take away from this post apart from boredom, it’s that we all fight and we all struggle and we all most definitely hurt, but…we’re all, at the end of the day, actually okay (in North America, where we need not worry about bombs and water and famine, etc). If not today, then tomorrow. Give yourself a break and the room to be fragmented; you will come out prettier on the other side, as it is through healing scars that we find our strengths and there is no greater beauty than that.