Even baggies have hearts 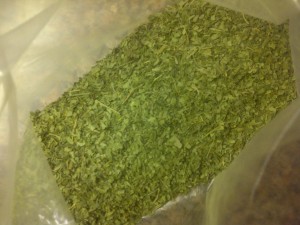 A little girl, asked where her home was, replied, “where mother is.” ~Keith L. Brooks

Often, I have teased my mum about the weird seeds she saves in her fridge. Every once in a while, she’ll pull out a little baggie filled with stuff and share a story that usually begins with a fruit or vegetable in her family’s garden in Gaza.

On October 25th, 1999, her mum passed away. I don’t remember what happened, I can not tell you where I stood or how I learned of this news, because I was too terrified to let it register. I was too terrified by the pain inside of my mum, which I could not remove.

The blocking runs so deep and so extreme, it is as though an entire few weeks of my life have been omitted. In this, there is heartbreak for me. Because no matter the trauma we experience, and the hurt we carry, from everything there is a lesson to be learned, and I didn’t learn mine.

What I remember is what I see still.
Sometimes, even 12 years later, my mum cries over this loss, and tonight was one such night.

The photo here is of dried mulukhiyah, ‘jute’ in English, leaves cooked quite often in a Middle Eastern home. Tonight, my mum was in search of this little baggie filled with dried mulukhiyah, and was sent into a panic when she couldn’t find it. I didn’t pay much attention to her fuss and casually directed her to a drawer, in which this baggie was safely tucked.

She pulled it out and held it to her own heart, catching her breath, calming herself.

The leaves were picked, cut, and dried before October 25th, 1999. The mulukhiyah was prepared by her mum for a meal she would never cook, but which her daughter would savour 12 years later.

Have you ever tasted anything better than your mum’s cooking?
Neither have I; nor has she.

Having gone to Gaza very shortly after her mum’s death, she found this small bag inside the fridge, and asked if she could bring it to Canada. It has survived the Rafah Border crossing at Egypt. It has been been transferred across from our old apartment, to two refrigerators in her new home.

I didn’t share in this dish tonight, rather thinking it was best to let mama have a private dinner with her mum.