On the love + light that is female friendship**

January 24, 2012 - Eastern feminism, Friendship, Identity, Mindful Living, Mindful Relationships, Quote Unquote - Tagged: Emily Rapp, even when we want to yell at them, Female friendship, how to behave as a friend, love between women, loving our friends through their pain, sisterhood support, Transformation and Transcendence: The Power of Female Friendship - 27 comments 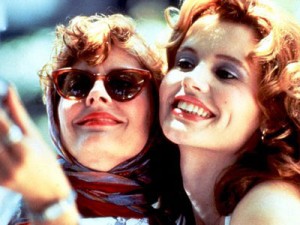 Very often, women are pitted against one another, so many represented as not being “a girl’s girl.” You know these women, we all know at least one woman around whom we are uncomfortable when they get too drunk and start show-boating for male attention. The woman who would justify sleeping with the man on whom you are crushing because “it’s not like he was into her, and why shouldn’t I? If I avoided every man who every one of my friends liked…”

You know her. And she turns your stomach. And you should pity her because usually, her self worth rests entirely in the realm of how men react to her. And woah is her when her looks shift.

Listen. I too need attention from men. When I don’t even know I need it, and I suddenly get it, I would be a lying liar who lies were I to lie: It doesn’t affect me, I don’t even notice it. And when it’s from a boy I actually like, even better. I am overrun with a hysteria that amounts to a mass email / text to all of my female friends, and where my phone is broken, I will send smoke signals that HE SMILED AND SAID HI AND DO YOU THINK MY OUTFIT IS OKAY, SMOKE SIGNAL LOOKS A LITTLE BLOATED, etc.

But for a normal healthy woman with her self-esteem recipe in good shape, this comes in measured doses. It is not a daily thing, but rather a once in a while thing. Our self-worth is composite of an awareness of what we bring to the human table, rather than what we bring to — specifically — the male table.

That girl mentioned above, contrary to what media keeps trying to shove into my head, is not the norm. Or maybe I have just been blessed with most of the women in my life. (And I hope that you are, too.) She is not the norm.

That is the norm; these women, are the norm.
And if you don’t know these women, then you need to seek them out, to learn from them, and to become one of them. Trust that they will enrich your life, as they do mine.

All of the above to say, please read this article by Emily Rapp, an ode to the beauty and power of female friendship, the love story that all too often goes unsung. A snippet: I was that desperate mother now; it was my baby who was going to die, and soon. It was already too late. I literally could not bear it. I asked for help and I got it. My friends stood with me in the middle of the scary, sky-howling road I was on, knowing they couldn’t take away the pain of the experience, but promising to be there when I emerged on the other side of the grief tunnel when my child would be gone. I feel them, every day, standing there as I stumble through the blissful, heart-breaking hours with my son whose brain and body fail him a little bit more each day. It is not an exaggeration to say that I would not have survived – that I will not survive — without my women friends.

Share it with the women you respect and hold dear. Share it with your daughters to lead by example, and to remind them that their strength is not in how men react to them, but also — if not more importantly — in how women who know them, are women who respect and love them.

Thank you for your friendship.

==========
**As balance to the earlier article about when to pull support from friends, this is a necessity.

27 thoughts on “On the love + light that is female friendship**”