Know-It-All: Where have all the men gone?

March 16, 2012 - Maha Monday - Tagged: define man, gender, gender politics, how should a man treat a woman, macho is not man, men and women, promiscuity isn't sexy for any gender, sensitive is man, should a man or woman pay for dinner, what does it mean to be a man? - 9 comments 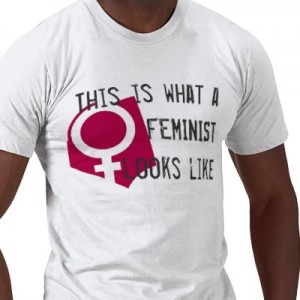 Mrs. Know it all,

I’m a 45 yr old man who’s alarmed at the increasing number of males out there who are just plain lame.

I believe men should be men. I know men my age who can’t take a decision or make a commitment. They’re afraid of their children, can’t give a compliment and can’t drive. I know men my age who don’t know how to be with a woman, think only about themselves and can’t change a spare tire. Where does this patheticness come from? These losers need to grow a pair or put on a diaper and stay home!

I believe men should have certain skills. A man should know how to get the door for a woman, hold his liquor, take action and take responsibility, bust balls and admit being wrong. A man should stand up for someone he loves when he has to and should never sit down to urinate.

So my Q to U is, when did men become so pathetic?

==========
Editorial Note: Because of potential sensitivities to both the Q, and the A, let me respectfully place two caveats: (1) Undoubtedly, I am an alpha female. I recognize fully that my definition of a man will have to meet that and then to exceed it, and that my expectations of men hinge on this very reality; and, (2) some argue that gender related behaviour is an imposed societal construct; that having either an innie or outie fun-part contributes nothing to who you are. To me, this is absolute shit. If you are committed to this very shit, then you are best to cease and desist your current reading.
==========

Thank you for your question. That you, male gendered, are asking makes it even more spectacular.

I believe that we are everywhere seeing confusion about what both “man” and “woman” actually mean.

It is not unfair to say that previously (and simplified), the “man” definition presented a disservice to men (and women, but not in this article). It never afforded them the room to be sensitive and engaged, but to be only the patriarchs as defined by cold and hard “steely” strength. Subsequently, women were present to support and service this archetype with their softness, but never engage with it at a natural and equal level.

In the past 50 years, the definition has shifted and has become increasingly fluid. I honestly believe that this has caused some very serious confusion among both men and women. Personally, I am not comfortable with the confusion and I, like you, have a very clear definition of both men and women (and while I do my best to lock my shit down and not judge others (and often fail), I absolutely do judge the man who I will take into my bed).

Between the sexual revolution, and the first wave of feminists, men lost their way. Please don’t blame the women for this; that someone loses themselves means they never knew who they were to begin with. Bring that to a higher level and it supports the theory that the original contemporary definition of brute-as-man was not good enough, and from there it made it easy for men to lose their way the moment someone shook the mirror just a little bit.

Inside of that confusion also sits ignorance, like when people yell for their little boys to “behave like a man” and stop crying (because there’s nothing wrong with crying — just not post-coital, please). Or when we exist in a culture that is saturated by pornography, and women are as meat (how this translates on men’s behaviour is simple: women are objects are not worthy of respect are not worthy of being treated in a proper way by a proper man).

Additionally, I see my coupled girlfriends who are Super Women. They work outside the home, and when they come home they remain the primary care givers for both children and partner. They are absolutely run off their feet, and very few men are asked enough to get off their asses and pick up their children. Equally, there are very few men who won’t wait to be asked, and will instead jump up and engage. I am not here placing fault on either, just nodding at a very real and serious problem, and the question has suddenly become: Why are few men not women enough?

I haven’t even touched on the poor bastards feeling so emasculated they need to run into the woods to scream and beat drums. I mean…I can’t begin to know what we do about these sad little dumplings.

Coming full circle to your Q ‘when did men become so pathetic?,’ I think the only answer is: dunno! But, I think there’s a multitude of reasons that intersected and which led us to here and today. See above.

That said, and in closing, I would like to see your definition of ‘man’ and raise it my own two layers. First, the outwardly displayed behaviours such as opening a door, letting a woman pass through first, walking on the side closest to the street so your ass takes the hit and not hers, and yes: picking up the tab (not because she can not, or because she expects it, or because you are paying for her keep, but rather because this is gentlemanly behaviour. If you, woman, want to pick up the bill, please go right ahead and do it; just don’t come down on a man for reaching out first, and don’t automatically assume that a woman who accepts this gesture is some sort of a hooker, Jesus Christ).

Second, it is the belief system illustrated through actions:
* Men don’t see women as a plaything present solely for their amusement. Rather, they understand that: Women are to be respected.
* Men know that where a woman is smarter than them, that is neither something to fear nor attempt to beat down. In fact, they know that more often than not…she is totes smarter.
* Men know that even though a woman can carry the weight of the world on her shoulders, and often does, this does not give them the right to be a lazy and busted ass.
* Men engage women at an equal level, and they fight alongside them for equality.
* Men consider what they want; commit to this want; and then move to action. There is no fuckery; there is no dilly-dallying.
* A man recognizes that his dick is a liability, but this is not an excuse for him to be one. And finally… * A man knows when it’s time to fold’em, and doesn’t confuse this with failure.

Clear as mud, I hope!
xxo m
P.S. Or I could be completely wrong and the real reason is that there is an excess of estrogen in the water.
P.S. to the P.S. If you’re interested in witnessing my definition of a real man, then familiarize yourselves with Coach Eric Taylor of the exquisite telly show Friday Night Lights.

9 thoughts on “Know-It-All: Where have all the men gone?”