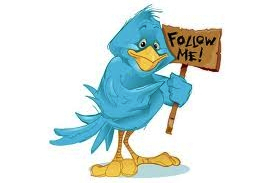 Dear MAMA, I am a reader of H50Sardonic thank you for all of the laughs!!!!. I haven’t commented there but would wait on the ledge with others until you recapped. I am dating a new guy and we’re now in week five. My biggest problem is that we’re not friends on face book, he won’t add me to Skype and he doesn’t want us following each other on twitter, it’s like he’s hiding me. He says he will eventually but not now because it’s because he doesn’t want to hurt his ex. Should I be worried? Is this normal? Why is it making me so angry? What should I do?

I love that you’re a reader! Thank you ll love you ll owe you.

Now to your Qs, briefly and by the order in which you posed them: Not yet; in some instances; because it’s normal; and, nothing yet.

And to your Qs, extensively.

No two ways about it — social media (#firstworldproblem) in the age of dating can be an absolute nightmare. Because dating isn’t hard enough as is, we now have to manage ourselves within a newly added virtual layer to proliferate and deepen insecurities; welcome to 2012.

Thing with social media is that it has the potential to become a place where one’s insecurities about a relationship are etched in virtual stone forever and a day. Prime example — as soon as one of my friends friended her new piece, he started posting pictures of them and tagging them. He did this while knowing full well that she had not yet told her family and friends that she was involved with someone new (she had previously been living with her ex). The blow-back on her life was extreme because friends and family of her ex were also her friends on Facebook.

Needless to say, they have since broken up. Not because he posted photos of them and tagged her, but because his intent was malicious and it was to force her hand into ‘coming out’. Manipulation to only the needs of one, with disregard for the other is not behaviour becoming an adult human person, let alone a healthy piece in a relationship. Another article; another day.

Back to you. First thing’s first, I am about to be extremely judge-y. I am going on the assumption that you didn’t touch him before he left his ex and he is not ‘hiding’ you because of well-placed guilt. Meaning, I am erring on the side of trusting that you are both decent human persons; he wasn’t plonking you, you weren’t getting on your knees for him, and neither of you was sucking the air out of the other person’s face at absolutely any time prior to the break-up. Because if you touched one another before the moment of their break-up, you are someone who behaves in shit manner. And he too is someone who behaves in shit manner; you are very well suited to one another, and all that follows is meaningless to individuals with your moral compass (pointing South). If this is the case, let me know and I will write a very different Know-It-All response.

Second, kudos to him for being cognizant of and sensitive to the feelings of his ex. I have found that very few individuals possess this sort of integrity (when you find someone like this, recognize them for what they are: a keeper) and while I imagine that it is extremely frustrating for you, please position it as such:

1) You know he digs you (else he wouldn’t be with you)
2) He is with you, and not her
3) The way he treats her and their break-up is a reflection of his character as a man, and the integrity he will carry with him into your relationship

Another way of looking at point 3 is to ask yourself what kind of man he would be if he didn’t give a shit about the feelings of his ex. What kind of man would he be if he flaunted a new relationship in her face, with complete and total disregard for her feelings? Honestly, I imagine that somewhere inside of you, you might be turned off. I know I would be.

The bottom line is that both during your relationship, and should you one day break up, he will afford you the same level of respect — a rare and incredible thing in this day and age.

Now here’s the flip, where you take care of yourself. I get it. I get that it’s brutal and frustrating, and I hope that somewhere in his head he is aware of how this affects you and he — sooner rather than later — takes the necessary steps to address your frustrations. But you’ve only been dating for a few weeks. If you and I are still having this conversation in a few months, then my response to your questions would be very different. Reality is that there eventually must be a shift from her to you in his mind’s eye and also in his behaviour pattern. Ultimately, and with all due respect to all ex-s, they are responsible for the management of their own feelings. If in a few months from now he is still refusing to engage publicly and be open about your relationship, then you have a problem that needs to be seriously addressed and fixed.

Again, I will acknowledge that I imagine this to be frustrating for you, and I am sorry that you are frustrated. You are absolutely entitled to feeling as you do. That said, keep those feelings and that crazy under tight control since people swim at different paces. Right now, it sounds like you’re on lap seven, and he’s on lap four, and you may need to tread water for some time still if you believe he is worth it. In this instance, treading water can by done with the help of your trusted friends. Air your fears and frustrations and hurt and pain with them, so that they might punch you back into reality and then give you a hug and tell you that you are entitled to hurt, but not yet to engage it with him…for now. Like already mentioned, if this continues for another few weeks and your anxiety increases, contact me again and we’ll take it from there.

8 thoughts on “Know-It-All: Social media might kill our relationship”