The Secret to Being A Giant In A Woman’s World 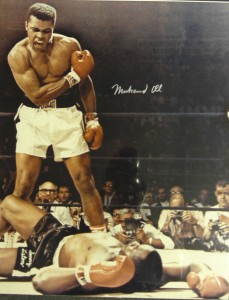 Original explanation of ‘Manning-Up’ written in 2006.

The expression “Manning-Up”, while sex derogatory, holds a lot of water for a lot of women still. Quite honestly, every single one of my girlfriends will tell you that the last thing they want is a man who is incapable of doing what is required to get the job done once and for all. Pertaining to all things starting at work, and ending in the home.

One of my dearest and I were discussing her situation. When her man and her met, there was something that he should have done, but he did not. Note — it is not merely one thing, but rather a thing from which a million tentacles spread. He did not do what he needed to do. But she did, and so he did too. Not because he would have otherwise, but rather because my girlfriend committed herself to this man and did whatever she needed to do to ensure that they remained together. A part of this was doing for him what he should have done for himself.

Until today, over a decade later, she resents him deeply for not having been strong enough, for not having been man enough to do what he needed to do. (Do me a favour — don’t engage me in a feminist discourse on the inappropriate use of this language. You know me. You know where I stand on such matters; I am simplifying on purpose so chill out.) Two of our girlfriends here in California are currently struggling with similar situations.

This is quite possibly the worst thing that could happen where a woman is concerned. I know that if it were me, I would have become physically repulsed, fading out of the relationship and out of my love affair. There is something fundamentally jarring about losing respect for the men in our lives, of not trusting the word of those we have chosen to take as lovers. Even the potential ones.

Is this not clear enough? Let me be a little more clear, then.
We want you to stand to your full height, so that when we allow you to stand next to us, we are not forced to stoop our shoulders. Because we, the women who are reading this and nodding their heads, are women who — when we stand — it is never with shoulders bent forward and it is not with eyes turned toward the ground. When we stand, our shoulders are as solid and as strong as the eyes looking directly into yours without fear. And if you are any less than what we deserve, the veneer off of you will be blown to shit faster than you can say “uhm, I’m not quite…well…I mean…I guess…uhm…hmm…?”

Look. There will be moments where just like us sometimes, your shoulders are bent and you are incapable of standing to your full height. But you need to work hard to get the f/ck out of this sort of a state, because these states? They have an ugly way of eating at us so quickly, that they become permanent if we are not vigilant against them. This goes for both men and women. It’s a simple three step process: mourn, heal, move on without regrets (because it is as much our mistakes, as our triumphs which make us).

To contextualize the above, I am an unapologetic alpha female. I expect to receive what I give, and absolutely nothing less. What you can expect from women like me is that when we tell you something, when we give you our word, we will never be lying. We will not cheat you or manipulate you or f/ck around with you (because we have better things to do than not be true to our word. Namely, self-respecting ourselves). We want you to be decisive even if we don’t like your decisions. Trust me when I tell you that before a woman’s love, you want her respect. Our love is absolutely nothing without our respect.

The secret here is that when we see that you see yourselves as giants, we treat you as such and we will give you everything we have to give. Women such as the ones described above, such as myself, we choose to elevate the men in our lives, because in elevating you, we elevate ourselves. As for the men we choose? They understand that this means that the state of elevation is a two-way street; where they hold us in equal and high regard, it too is a direct reflection on their strength of character.

oxo love from Venice Beach where I am surrounded by unadulterated goodness.