If Toilets Would Speak (to an immigrant) 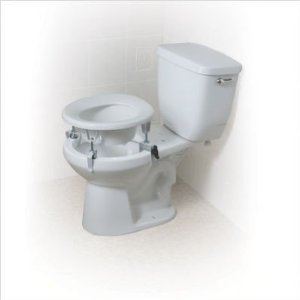 Editorial Note: The following was originally published on 8 March 2012. In honour of Canada Day, I am re-posting.

I was recently in Nova Scotia for work, and had a really wonderful time but for when the winds were UFC-ing my face.

There on Citizenship related stuffs, we were able to look up my original papers. Because I am an immigrant. Just like you! (*Unless you are aboriginal.) As we slowly made our way through the micro-fiche roll, I became increasingly nervous because flopping through my demented head were: ‘What if they have no record that I am a Canadian Citizen? Will I have to change the name of my site? Will they deport me? Will they rush me from behind the filing cabinets?’

These thoughts amplified when the micro-fiche flipped itself into oblivion and no “Maha” was found. My mouth became dry, I eyed my colleagues and thought: I could definitely out-run you, except for maybe the Viking.

Luckily, I didn’t need to do this because they found my photo, and application completed by my baba. My reaction was instant: I wanted to starfish face-plant on the floor and cry a combination of happiness and relief. I wouldn’t have to outrun them, wrangle the Viking, or claim clemency.

My reaction was visceral: Because these documents — which I had never before seen — represented the struggle, hard work, and commitment of my family and so many others like them. That Application for a Citizenship Certificate represents still a love letter to this country, my country.

It also addresses a reality I did not know until I later spoke with my baba, who told me that he was not allowed to submit the application with the word “Palestine” on it, and was instead instructed to write “Stateless.” But he refused, and stood firm that if the word “Stateless” was to appear on our applications, that it would not be in his handwriting, and so it was not. “Palestine” is crossed out, and replaced with the word “Stateless” in a hand-script foreign to my eyes.

The lovely folk printed the sheets and handed them to me as a keepsake. Staring down at them, I thought: Canada, you are one of the greatest loves of my life. I began to cry, and had to immediately place my sorry ass on emotional lock-down.

Because — as already mentioned — I was in the presence of a Viking and I didn’t know him very well. Had I been in the presence of the Sisters only, I would have let my tears fall. But with a Viking, I wasn’t sure with what sort of a reaction I might be met, and feared that he maybe chuck me into a snow bank and demand that I run and find a boat. Dunno.

Anyway. Point is, I was very shaky and excused myself to the washroom so that I might deal in private.

Unfortunately, I walked into the wrong washroom. Really wish I could tell you that I “stumbled” into the men’s, but I had in fact landed my busted ass in the washroom for the impaired. (Maybe I mean handicapped? What word am I supposed to use here, know-it-alls?) Rather than leave immediately, I decided to stick around and figure things out while dealing with my soppy emotions.

Only in place of facing my emotions, I instead discovered my Mount Everest: The toilet seat for the impaired, a mechanism I could not work.

I tried to ease myself onto this contraption very carefully because of the very real possibility that I might wee my leg accidentally (and if I was worried the Viking would chuck me into a snowbank for crying, I was paralyzed by the thought of what he might do were I to wet myself in public).

I am nothing if not determined. So I angled, and then angled some more, I used my yoga techniques, made like a trapeze artist in Cirque du Soleil, got on tippy toe, approached it as though it were a small horse, and even tried to unscrew half of the toilet seat so I might sit on its bare bones; I was met with nothing but the reality that there was absolutely no way I was going to pee on this toilet without risking the dunk of my bare bottom into the water itself.

After eventually accepting defeat, I made my way to the regular toilets (around the corner, down another hall) where I was able to hover like a proper debutante.

Because God works in mysterious ways, my back-alley confrontation with the toilet afforded me ten minutes to subconsciously recenter my emotional compass, and to once more control everything starting at my head, moving down to my heart, and landing squarely in my pants.

Thank you Canada, for both your warmth and your toilets that are not holes in the ground demanding I stick my bottom out like a dancer in a Fitty Cent video, and aim. Please don’t change too much.

16 thoughts on “If Toilets Would Speak (to an immigrant)”