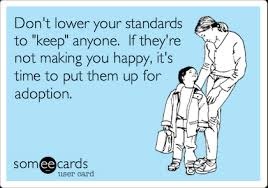 A little under two years ago, Aalya sent me an email wherein she wrote ‘[…] you are a shiny object put on this earth to put beautiful men in their place. Your standards for yourself and them are so high and you become their biggest challenge. It’s no surprise that each one of your exes has come back years later to tell that they really fucked up when they lost you. You make men want to be better Maha, but few have the emotional and intellectual stamina to meet what you bring forward.’ At first, this made me mad because my automatic thought was who gives a shit, I’m alone!, and then it left me curious if my own rules of engagement were too unyielding.

Because of this email, I decided to soften rules, which really, it was only one general rule to which all others might have been traced. Basically, that I never suffer stagnant fools. More specifically, I do not like the not-curious and the not-passionate; I am drawn to ferociously intelligent men and have only ever dated one man from whom I was able to in fact learn, one man who could go toe-to-toe with me on matters close to my heart. (I spoke the arts, and humanities, and politics; he spoke the sciences, musical structure, and architecture. Philosophy, theology, metaphysics, and the meaning of life were where we exploded together. He was an actual celebrity and did not speak monogamy, so I ended the relationship.)

I began shifting my ways and chose instead to let dumb-asses be dumb-asses whilst convincing myself that to be a dumb-ass is to be human. Oh, you don’t read? That’s okay! You only watch sports? No problem! Confuse Palestine with Pakistan? You’re probably smart in other ways! News makes you depressed? OKIE DOKIE! Hysteria reigned, my friends. No one knew what the fuck was happening when I talked about the new men, least of all me. Quite certain my beloveds thought I had water on the brain during this short and treacherous time in my life.

Within the above paragraph is an inherent acknowledgement that I am not a dumb-ass. Also, that I was more intelligent than the men I was dating. That is because I was (past tense necessary because perhaps they have increased in knowledge and I have diminished). To pretend otherwise would be to put on a false sense of humility, something which I will not do when Allah gave me this sharpness. There is much about which I may show humility; my intelligence is not one of these things. Have I mentioned? I fucking suck at maths, I am too short on patience, and if not careful, my tongue can be a switchblade (which I always later regret).

My discovery? That if you give a dumb-ass an inch, they will take a mile, and before you know it, you have wasted months of your life better spent with someone who might elevate you, or better spent alone.

Sidebar: Dearest seven readers, do not ever be scared of being alone. The longer you allow the wrong someone to squat on your emotional real estate, the less time the right someone will have to build on this very space. Keep it clear, and keep its value a reflection of what you might bring to another, not a value of your fear of being alone (which is us at our cheapest). If you are in this state at present, cut your losses immediately and address the matter, both in order that you might be loved to your fullest capacity by your right someone, and so that your wrong someone might have the same in their life. As God’s creatures, we all deserve this kindness. Please stop standing in your own way.

Lesson #2 (because the first is this way, in another piece): There is absolutely no need for you to lower your standards. Instead, engage only those who share the same shades of your moral code, your curiosity, your world-view, your intelligence level, your wit and humour – like, they be aqua to your turquoise or sea-foam. Or maybe pink to your scarlet orange (as to have the exact same moral code is breeding ground for hubris and stagnancy of learning and evolution). Always choose someone who elevates you, who can meet you and demand more of you, who nourishes their growth and waters your own, and – most important – someone who will, with all of these things, remain soft, and demand that you too soften your heart when you might otherwise turn brittle (this, an easy thing in a world which often feels like sand-paper).

Do not confuse this with arrogance, but rather understand it as an awareness of who you are and what you bring to this world. Though we are all created equal, and though we all deserve respect and kindness, there is difference among us and we must acknowledge the stations which we have achieved; it is a modern-day fallacy to believe/live otherwise, one which I will argue is rooted in attempting to avoid the human inclination to use difference as reason to oppress. (Difference does not equal hierarchy; asshole humans create hierarchy. Don’t be an asshole human.) This, perhaps a conversation for another day as we watch the sun rise over dunya.

My Prophet, blessings and light upon him, is believed to have said “A person is likely to follow the faith of his friend, look (carefully) whom you choose to friend,” a statement about all matters of relationship (since your lover is your friend, equally as others), and which extends beyond ‘faith’ in the sense of religion, to also encompass ‘faith’ as in the foundation of your life and perspective. Reflect on this one sentence, to find and then keep your value, my loves.

Anyone who tells you different? BIN. THEM. Then come back to me.

Lesson #3: Understand and live the difference between lowering your standards, and compromise. Without compromise, there can not ever be a healthy and viable relationship.

Lesson #4: If there is one part of your life where you must absolutely exercise such discretion, it is when choosing someone into whose neck you will curl every morning. Because it is in these situations where a short ‘meh weekend’ can suddenly, and behind your own back, turn into a years-long drama where you suddenly find yourself wondering how in the fuck you got there and what now?

Lesson #5: Best and most crucial that you have your self-respect and self-worth while single, rather than neither while partnered with someone whom you know – at the core of you even when you are trying to turn an eye blind to your gut – is not to standard.

Lesson #1: Don’t stand next to their pile of shit found here.