Lesson #1: Don’t stand next to their pile of sh/t unless… 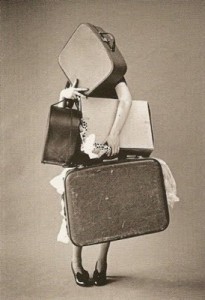 Since a little girl, I have never been capable of looking at a situation and not trying to undo it, in order that I might understand its machinations. Unlike those blissfully at peace with not knowing, I have never, not once, been able to simply sit back and be alright without understanding the Why of that in which I find myself. Also, because I am not Ayn Rand, this means that with equal lunatic enthusiasm, I try to understand the Why of Others’ behaviours because the situations at which I am staring are rarely sovereign in nature.

Let’s be clear – if I walk into a wall, I don’t wax philosophic as to ‘Why did this wall hit me in my face?’, while when I walk into an emotional wall, I do investigate ‘Why is this emotion suddenly sprung at my feet?’

Admittedly, this can be quite uncomfortable for people because I have been told that I don’t need much information to see right through the person before me. I have also been told that I often hold a mirror to the actions of others and most of the time, people don’t like what they see and who am I – really – to hold any kind of mirror? At the end of the day, we are all assholes, myself included.

Since I have behaved in this manner for so long, I can even give you the Why Of my Why-s because I am freakishly meta. The Why Of is because it is how I take responsibility for my actions. Like a bumbling bee, I buzz around a situation and exercise it from every single angle so that I understand why it happened, what I did to make it happen, what lessons I will extract from it and how I will then use said lessons toward my next scenario. Does that sound exhausting? Because holy sh/t is it ever.

More important, however, is did you catch the essential problem of this behaviour? Please read the above paragraph a second time and look at how I de-facto fault myself by investigating: what I did to make it happen. Welcome to my Type A personality.

Worse still is that I have yet to learn the glaring obvious-ity (not a word; should be a word) that: most people do not own their sh/t. In fact, most people will become defensive and very upset if one even suggests that they take a step back and look at their own behaviour. Especially men. Especially men in a world built by and for their ease.

A weird fem squirrel in the middle of the road bewildered by the pile of sh/t which just dropped from the heavens, I stand around with a furry finger outstretched pointing at said pile of sh/t, gnawing on a nut, waiting for the pile’s rightful owner to come over and clean up their goddamned mess. Only, they very often don’t, instead choosing to swerve and drive off and away while I am left mumbling to my girlfriends why aren’t they looking at their pile of dung and investigating it because, isn’t that the right thing to do? My furry little arm remaining outstretched as I keep saucer-eye-ing the pile of sh/t and after enough time, I decide to investigate and clean it up on my own. Because we all know – squirrels are crazy mother f/ckers. (For sure this is one of the top five weirdest paragraphs I have let come to light.)

Anyway, once upon a time, Jilly very clearly and strongly stated the following three little sentences to which I keep returning:
This is not you.
Whatever is happening, it has nothing to do with you.
It is not your sh/t to sort or to internalize.

A revelation of sorts that, basically, the world does not revolve around me. (I know. It makes me sad too, dear reader. Because wouldn’t the world be a better place if…?)

Accordingly, I decided to change my tune and to instead start actively engaging my avoidance gene. But for a few blips, and genuine curiosities, it has in fact been quite liberating.

All that to say that one of the lessons learnt from 2012 is that I am now the squirrel carrying a nut and bouncing around cleaner streets, rather than the weirdo little one standing next to piles of other peoples’ poo. To stand next to anyone else’s poo is a choice and it should be exercised with great caution and only when you have established – beyond the shadow of any doubt – that the person whose sh/t you are standing next to is either (1) your official bona fide who is equally standing next to your pile of sh/t (we all have one, some are just kernels while others are swamps); or (2) one of your best friends (if not today, then someone whom you believe will in fact be amongst your platonic best friends in the future, so this standing next to their pile of sh/t is an investment being made in anticipation of a high return on value).

The quarter hippie-Buddhist-Sufi-sociopath in me that worked hard to believe that giving is reward in itself? She is no longer so readily giving; rather, she has decided to become picky. Before my spirit-animal squirrel stands next to anyone else’s pile of dung, they will need to earn it. Which, you know what? In fact provides the earner with a greater appreciation since they had to work for it. (Leading directly into Lesson #2 already alluded to above, and to be addressed soon enough inshAllah.)