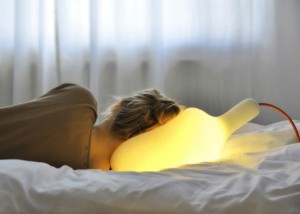 A couple of months ago a dear girlfriend was talking to me about a weird crush that she had on a man – weird because she knew it would never come to pass, and even if it were to come to pass, she understood it would never be long-lasting. She was trying to understand the ‘why’ of her crush, in light of the fact that she had fully and rationally grasped its limitations.

While in Tanzania, and having spent much of my time reviewing my 39th year, I realised that I too had, up until about 2.5 months ago, done this exact same thing. I picked a man who I turned into a crush and smashed into. Subconsciously, I knew he was trustworthy and wouldn’t hurt me – the word I would use to describe him is: soft. He behaved softly, with me.

His reputation is that of a bulldog; with me, he was soft.
A little clumsy at times, but always soft. (Chances are, because there is always a little bit of an X-Factor in my emotional range.)

Being the outsider, the why of my girlfriend’s crush was to me as clear as day. As irrational as her crush was, she needed it because it served as a necessary distraction to the emotional grief and trauma against which she was trying to swim. If she didn’t have a distraction, she might have drowned within her then love-pain. And no, we can not replace apples with oranges, so love-focus was the only distraction that could have brought her to the other side of that pain.

For me, I was swimming against extremely deep and wide wounds from three men before Crush. In hindsight, I fully understand that I couldn’t have written / thought / drank / prayed my way out of those wounds. Instead, they needed time, quiet, and peace, and the Universe, she gave them the space required to finally heal and fade and become only more reason for me to open my heart completely and totally to love-happiness (with a real and viable new romance, rather than a mere crush).

When speaking to my girlfriend months back, I said to her what I will write as a final thought regarding a paragraph in my and her life story: Make a pillow of your crush. When you go to sleep at night, let your head fall gently into that world, without question or conflict. When you have enough pain awake, let this crush be the thing which brings you calm and peace. It is borrowed time, and when you no longer need it, the pillow will – without you even being aware of it – quietly make its way to its rightful owner. Who isn’t you. Who was never you. Who will not ever be you. And for all of it, you will be grateful.