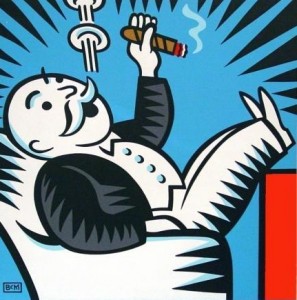 “Economics is the social science that studies production, distribution, exchange and consumption of goods and services, and the […] choices concerning the allocation of scarce means and resources.”

“Don’t make yourself too available…” (Scarce is good; it ups your value.)
“S/He’ll have a lot of choices…you can’t possibly expect monogamy…?” (Distributing oneself all over the place because you have the choice to do so; everyone wants you; look at those instagram shots of your amazing happy life so shiny.)
“Date as many people at once as possible…” (Do not allocate your body resource to only one, but rather allocate that shit all over the place. Makes you more appealing. Update your instagram to make sure everyone knows this fact.)
“Make him/her wait for a few hours before responding…” (See above point re ‘scarce is good’.)
“Show them a lot of people want you…” (Make yourself a valuable commodity sought by the many. Why haven’t you updated your instagram yet?)

Sounds all too familiar, doesn’t it?
Also, devastating to anyone honest and transparent (and, you know, excitable about the new person whom they’ve meet and seems interesting) attempting to navigate the dating scene and arguably one of the stronger contributors to the current increase in single-dumb this, Relationship Economics.

I recently touched on this during a conversation with someone who was facing the challenges of navigating the datingcourse. He had said ‘I am trying to detach’, to which I responded by throwing my lipstick at him and yelling DON’T PLEASE DON’T YOU ARE SUCH A GEM!! And by that, I mean that I quietly responded with ‘Please don’t. As a woman, I am asking you to please not change.’ Since then, and having given this some thought, I believe that the basis might be an ever-increasing quantification of the human, no longer to be understood or to behave as a creature with emotional needs and drivers, but one that is a commodity whose value depends (largely) on their not-availability. The less available one is, the more desirable they become. On the flip of which, the more available one is, the cheaper their value is to the (knob-head) individual (who has bought into this harmful concept) before them.

Are we moving backward to the 16th century when coupling was about resources and alliances? Did we ever in fact get away from that, and move toward unions of love and care or have we been lying to ourselves all along? In the 16th century, and pre concept of individual as sovereign and apart from the collective, property and wealth were the drivers. Today’s paradigm is similar, though shaped largely by the current societal driver of social media and branding.** Meaning, it isn’t in fact real value added to one’s life, but rather the perceived value and brand availability of the other individual, as they choose to (mis)represent themselves to you. And vice versa.

Is it a surprise that there are so many broken-down relationships? We have an increase in means to communicate, but a complete inability to in fact communicate human emotion and ideas in a safe and transparent environment, lest we break some kind of not-available rule. (Insert here sad emoji or confused emoji depending on your mood.)

We use words like ‘needy’ when a woman is available and at the ready because she has met a man whom is of some interest and worth further pursuit. When a man takes care to be considerate, to message appropriately, to plan forward – essentially, to be a good human person, women roll their eyes that he’s ‘too available’.

The result of which, as I have been seeing all too much lately, we consume and then move right along to the next product without a second thought. The product of our consumption? Other human hearts, because they are on shiny billboards inside of instagram filters and facebook status updates and events and are we all going to the same right party so that we can all be in the right photograph taken by the right person who has more followers and what’s their actual name again? Not to mention, why would we stick to one person when look at the choices we have! A million followers and s/he liked 12 of your last 17 instagram photos so surely if you don’t pay attention to one, there is another for consumption right at your fingertips. An endless factory of human hearts served around the clock, 365 days a year on your little itty bitty teenie tiny ‘smart’ phone.

By our own hands, we are stunting our emotional intelligence because we are choosing to see an individual not for their humanity, but rather as a means to our own gluttonous need to feel better about ourselves and how we appear to others. Consume consume consume and up your numbers. Frenzied ‘Likes’ and tags, something of which we have all been guilty at least on one Wednesday ago. All of us.

But here’s the rub – this model of economics has failed us. And the next bubble, it will not be one of student-debt, but rather it will be that of heart-pain. Through this imposition of consumer and consumed, commodified and branded humans, we are imposing an unsustainable architecture on human interaction which benefits none, but for the same amount of time it takes you to ‘Like’ the next picture that scrolls past our over-exposed eyeballs.

When there is neither sustenance nor care and thought given to our small actions and behaviours, do you honestly believe this does not bleed all over our bigger actions? Ultimately, fundamentally altering the architecture of our own hearts, by our own hands? When did we enlist our already at-a-deep malaise society into the troubling notion of brand-profit > people? When did we sheep-about and turn our bodies into stock-market arrows the fucking lot of us? And what possible good can come of this?

———-
** At least it is in North America and possibly Europe. This is a fact, and by ‘fact’ I mean I am absolutely pulling this out of my ear based on nothing at all.