The State of Pretzel 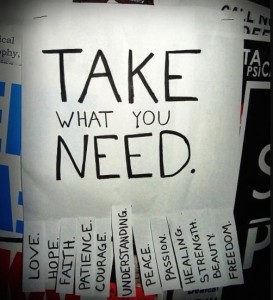 Primarily, I process via collision course. I dive into an emotion head-first and then use blocks of logic to dismantle it. And by ‘dive’, I in fact mean face-plant. It is messy and in hindsight very funny. But always, it is something from which I (and you too would) emerge with the important lessons learnt about both the situation from which the emotion stemmed and its take-aways.

When I went to Tanzania in October of last year, I let ink bleed onto 45 pages. Forty-five pages of notes and introspection, brought forth because I did not like who I had become – a woman who, since 2007, constantly entered into The State of Pretzel in order to make something unworkable work. Naturally, this thing for which I became an unsalted pretzel in 2007, it did not work. But I gave it my all, long after the other party had ceased and desisted.

Fucking disastrous this, because a pattern was born. An unhealthy, trauma-inflicting-on-my-person-by-my-own-hand pattern. A pattern of completely ignoring my own needs and health in order to meet the needs of the other. I was genius at talking myself out of what I knew, in my heart and gut, I needed in order to feel at peace in a relationship.

For over a year prior to Tanzania, I had known that something was amiss. The 45 pages were my first draft at identifying all which I disliked about my pattern, so that I could then step-by-step break it apart in order to replace it with who I had been prior to 2007. The 45 pages always pointed back to one reality –  that needs are an awareness, a respecting, and an articulation of self-worth. And where they are not met, or where there is a refusal to negotiate, it is critical to immediately write the closing paragraph on the present story so that a newer, fresher, healthier one could begin.

Naturally, the needs of both individuals are equally valid, should always be negotiable, with the deal-breakers on the minimal end of the spectrum (because who are these pessimist individuals paralyzed by their multitude of deal-breakers? They are the loneliest among us is my guess). Where a relationship creates the space to have needs met, it can only be healthier, and heart-nurturing. Equally important is that in such a space, resentment would not have a fertile land in which to take root and grow.

As stated endlessly before, behavior is itself a muscle. The behavior of believing in oneself enough to request that one’s needs be met is a belief which atrophies if not attended to. And in me, it had 7 years to atrophy, replaced instead with the muscle required to enter into The State of Pretzel.

Please do not do this. Please respect your own needs and understand that short of them being Paul Bernardo-ish, they are valid. They deserve to be met. They are worth the negotiation, because these needs?

They are where your heart finds its peace, and you should not ever be fearful of their articulation, nor the necessity for your heart to be at peace. End of day, if someone with whom you are engaging is not willing to ensure that your heart sits in this mercy and in this peace, they have chosen to be a person undeserving. Undeserving of you, in this moment. Should the individual, in future, wish to re-engage while negotiating / meeting your needs, then that is something important for you to consider.

Rather than allowing yourself to become a second-class citizen in your own relationship(s), choose to instead be on the same tier as your partner. In elevating one another, you elevate your selves, and there is no easier way to do this than to meet the needs of one another.

Distilled further: Instead of choosing The State of Pretzel for yourself, choose more. (Just try not to take 7 years like I.)

—–
The expression to turn oneself into a ‘pretzel’ comes from, and is thanks to Janey, who said “You would have to be a pretzel, completely out of shape from who you are, to stay. Can you imagine that pain?”

—–
Above, I discuss the years 2007-2014, during which time I believed in men of suspect character. I was extracted from each situation, to my own blessing. My State of Pretzel in fact saved me from deeper and more binding emotional trauma. That I am now at a place where I am no longer willing to State of Pretzel is, for me, an indication that the tides have turned. Because it’s about time, thanks God.