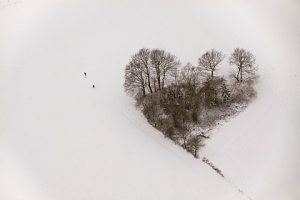 Over the course of 3.5 months, I was involved with someone; near two months ago, we became uninvolved. Though short-lived, it was an important situation which taught me much about myself and about what I am willing / unwilling to do inside of an intimate relationship.

First, the good. It’s over. There was an attempt on the part of the other party to maintain the situation, but I turned away and as soon as I did, it felt as though I was able to breathe again. I remember saying to N I made the right decision because I had my first truly deep and uninterrupted sleep in over three months last night. While a handful of months may not seem long to many, it is an excruciating amount of time to a girl who does not usually waste even an evening on a date with someone who does not pique all of my interests. And let me tell you that though he was a good fella, he did not pique all of my interests. And when he did, my 6th sense always knew that something was off – a misrepresentation of sorts, not ill-intentioned but one nonetheless, and for a woman in whose mouth only lives truth, this is an unwelcome shade of living. (On this, let me only say that he saw the best of himself when he looked at me, and it was his attempt to elevate, hoping that he would get to where he said he was…one day. I hope he does, so that he might one day find peace.)

Second, the better. I learned that the clearest signal I am unhappy is that I stop writing. I had not written a word since we began, though since we ended, I have been writing voraciously. I can’t stop writing, in fact. This is one signal which I simply can never ignore again. When my heart is full, I write. A lot. When my heart is in a state of anxiety, which it was for far too much of our time together, I shut down entirely. I understand now that this was my heart constricting. Which is not entirely a metaphor, but rather a reality because in Islam, we believe that we see Allah with our heart’s eye, and so when my heart swells, I see inspiration in all things, and about all things I will write.

Finally, the best. I identified to myself how far I am willing to go for the right love. There is no border I will not cross, and no rule I will not break. This, it will serve me well when the stars align with whomever the Universe wills for me, inshAllah. And until then, I will keep this little heart open to trying and trying again. At end of day, the most beautiful views of this world are best shared with a true beloved.

Thank you to everyone for the messages of concern. I am sorry I am slow to respond, but promise to continue making my way through every single message. You are all very much adored and appreciated.