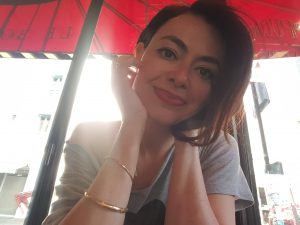 At lunch, I was sat next to a photographer who showed me where to look on my phone; he recommended this as the best angle. He took this pic and all I was thinking was how I will certainly appear as a beached whale. I was wrong. He was right. He also explained  natural lighting is everything. I am paying attention, though don’t imagine this angle will work if I am in any but a seated position.

Admittedly, it was lovely to spend a little time speaking only in French.

My original plan was to get up to Montmartre, except I stood staring at the Metro map and blanked. I couldn’t remember the name of the area. Instead, I found a post office and purchased stamps, then walked an additional four hours winding this way and that until I made it to the Arc de Triomphe, a place I have not visited since I was 19. 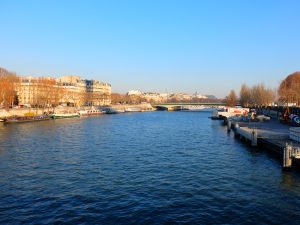 My first ever solo trip abroad was to Paris; it was then that I was at this very spot last, with a croissant in one hand, a coffee in the other, and my walkman blasting Neneh Cherry. I was so underwhelmed that I didn’t even take one photo. Today I took some, only to send to friends, because my feeling of revulsion grew as I walked along the Champs Élysées.

Did you know that assholes can rent Lamborghinis here by the half hour? And can you guess who were the men driving these cars here today?

I wonder. Has my tribe always been this depraved? Am I just new to this realization?

Everywhere I look, it is all performative Arab males. And it is disgusting. What in the world is wrong with our men?, this is not rhetorical, please someone send me some data.

(Not to mention, vintage cars > a lazy Lamborghini any day all day. Stupid men.)

My walk along this street was entirely sickening. Don’t bother going if you don’t have to. Instead, here’s a photo. It’s not such a big deal. 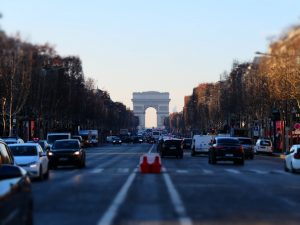 Now. The following are three things which I did love, and am very pleased to share. First, I did not get lost on the Metro, which I took home from the Rue des Morons. I am notorious for being ass-backwards on metros / tubes. Today, after spending perhaps 15 minutes staring at the map, I managed to get my head on straight and take two lines to exactly where I wanted to be.

Second, I found an electrical parking situation which made me very happy. A man using this will win my heart faster than some prick in a Lamborghini. Look how cute – 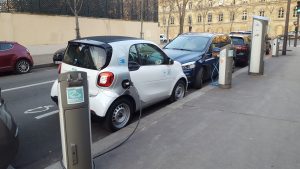 Why are two cars parked facing one another? Who knows. Who cares. They are responsible citizens and can park on my head if need be.

Finally, this amazing little shellfish ‘bar’ is on our street corner and the man who sells is always singing. I was too shy to take a photo of him working, so stood like a creep until he went into the actual restaurant. Pretty, innit? 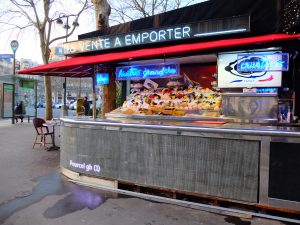 Today, I am grateful for:
1. That I had the opportunity to cook a little meal for Jenn, so that when she came home, it was a very roommatey feeling.
2. Being uncomfortable in excess.
3. Having a healthy body.