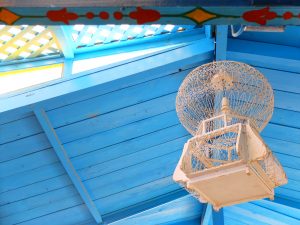 Remember, one of my main goals was to advance and deepen my own understanding of Islam. Someone recently asked me if I had ever questioned the choice of Islam, since I was born into it. Of course I had; in my early 20s, I was uncertain and so I devoured all other texts, as many as I could get my hands on.

I chose Islam because it was within it that I found the most comprehensive concept of Oneness, linked to Justice, and it was them that ultimately sold me.

In short, on Oneness – we are of Him, as the same One. When one of us is not well, then none of us are well. Implicit in this is the necessity of taking care of one another, should we wish to be healthy as individuals.

On Justice. While Muslims believe that God is the Almighty, He has expressly told us of only one instance where He defers to humans and does not exert His might over us – when someone has wronged us, the decision to forgive is ours alone, and He does not interfere. As mentioned in a previous article, the highest station belongs to those who forgive, but we are well within our rights to choose otherwise.

Let’s children’s storybook this. Imagine you pick up a frog and squeeze it until it almost dies, before you release it. Then you take your sorry ass for a walk and come across a lion, who says “I’mma eat you for squeezing the frog.” Out of fear, you prostrate before the lion in apology, and suddenly the lion responds with “Cool. You good, fam.” This sound like Justice if you have water on the brain. Because what it is, is bullshit. And in such a “god”, I would never believe.

Bottom lining it. God isn’t the one in need of the apology, and God, He will not further harm s/he who has been harmed by absolving a wrongdoer who has not done their due diligence in owning their fuckery and, at the very least, trying to walk it back.

Now. The above concept is perfectly exemplified in one of the preparatory steps meant to fulfil one of the five pillars of Islam, Hajj. For those who might not know, performing Hajj (and Umra) is intended to wipe the slate clean. Muslims, much like those in the 12 step programs of Alcoholics and Narcotics Anonymous, before they heal by way of performing Hajj (or Umra), must first seek out the forgiveness of those against whom they have committed wrongs; without this, going to Mecca does not absolve one of their harmful behaviour towards others because (again, for those in the back) God does not forgive, if the one harmed does not forgive.

What does this mean, and how does it then link to Oneness?

Our relationship with Allah is not a sovereign one-way street with Him alone; rather, its two pieces are first how we treat one another, and second how we engage Him. So, I cannot harm or treat poorly any of the One, and still expect to have a good relationship with Him.

Further, it is meant to force the hand of the Muslim to take ownership of their bad behaviour, and to face those against whom they have committed wrongs. It’s fair to assume that this ought to make Muslims behave better. It ought to make Muslims think twice before any fuckery is undertaken, yeah?

Except. Don’t forget what I earlier wrote about the distinction between a Muslim and a mu’min. The latter, far fewer and with greatest distance between one and the other. And this distance, from what I have experienced, it is growing.

Above combined, by the way, is another way of acknowledging that in taking care of one another and working to elevate one another is the road to taking care of our individual selves. Because we are a part of that Oneness, rather than separate from it.

This is why I will always choose a man who believes in God and does not necessarily follow an organized religion but struggles to always and only exercise goodness towards his fellow humans, over a man who professes he is a Muslim, but is in reality a munafiq who continues to harm others. All day, every day.

Y’all. Send me this man.

Today, I am grateful for:
1. Dinner cooked at the hands of Sissina’s momma. In the absence of momma’s cooking, I welcome food kneaded with a mother’s love and care.
2. The combination of yogurt and honey on my skin. A face mask done yesterday, today my skin is like a baby’s freshly wiped bottom.
3. Girlfriends (always always girlfriends). Thank you for the love. You are bubble-wrap every single day.