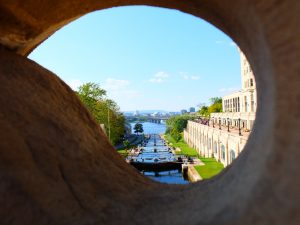 How short would you date?

I’m 5’5 and 3 quarters. I’ve always liked taller men, but having also dated at around the 5’10” mark, I appreciate the benefits of not requiring a ladder. I think, so long as I didn’t have to carry him on my shoulders in crowds (lest I lose him), I am good regarding most heights.

Now that that’s out of the way, I had a re-discovery day around my neighbourhood. (Before coming home, I decided that I would spend some quality time getting to know this city in the same way I got to know all others in which I was living these last five months.) Though land-locked, it is such a stunner when green. And I’m not entirely sure what’s been slipped into the water since five months back, but there are so many handsome men flopping about and offering gorgeous smiles. Not bad, Ottawa. Not bad.

Now that that’s out of the way, interesting chat this evening with Cleo, friendship of 30 years exactly. She asked why do we tell people we are ‘good’ when we are not.

Conversation flowed and I remembered that it was Uni when I made a conscious decision to ‘give my ulcer to the world’. First, I never had an ulcer, but rather this was a poorly chosen form of speech. I still don’t understand to what I was referring precisely because I never had an ulcer. Second, I stand by this weird statement still, and will continue to do so until I fall dead on my face.

What I mean by giving my ulcer to the world, is: Not pretending I am alright when I am not. Not putting on a brave face. Not telling people I am great as my heart sits shattered at my feet. Not internalizing shit, simply to avoid the discomfort felt by others who don’t know how to feel emotions. (To not share because I am private is something else entirely.)

I believe that this chosen stand is explained partially by my being a writer (Not Internalizing = Expressing), partially by other things such as that Arabs aren’t generally known for being reserved (unlike our Occupiers), and that women need to speak ten times louder to be heard half as much as men, and that women of colour need to do this about twenty times to a quarter, and that Muslim women have to do this…

My point being, I think this is why I’ve not had a heart-attack, though I have had heart-stopping experiences. It’s because I disclose, rather than suffocate and keep inside, the shit-show that every now and again pins my eyelids back. And then I share it again, and again, and I write about it in longform and in poetry, and then sketch it before inking it.

I’ve never once responded ‘good’, while watching a shit-show. Why would I? This idea that our lives are some weird brand of I’M GREAT SO GOOD ALL THE TIME SEE MY UNHINGED SMILE AS PROOF #BLESSED is, frankly, a fucking nightmare.

We are each a little potato, soul full of infinite emotions. Next time someone asks you if you are good, and you are not, do yourself a solid and tell your truth. No need to give a dissertation on the subject, unless you too are a writer, but know that there’s nothing wrong with saying: Today’s a bad day. I feel sad. I hope tomorrow’s better. I would really appreciate a cookie.

Honesty is the courage of your own vulnerability, little potato. Trust.

Today, I am grateful for:
1. The passage of time. Seven months; I am fully hydrated once more, and have been for some time. Shukran, ya Allah, for punting me so hard and so far away from such rot.
2. Each private message sent my way, detailing how a particular piece resonated with the reader. I am so grateful for each of you who read my work. Thank you ❤️
3. Art. I am working on my first canvass, and will share progress soon enough. What a zone, and means to stop our brains from doing anything but focusing on the present.