The Men And The Director 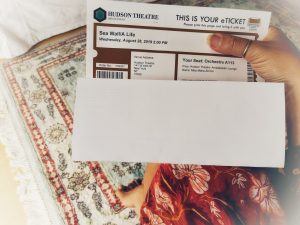 There’s only two men for whom I would ever consider trekking. Jake Gyllenhaal (gee-why-double elle-eee-enn-aitch-double eh-elle. How is this hard?) because he can grow a beard like no body’s business. Behold – 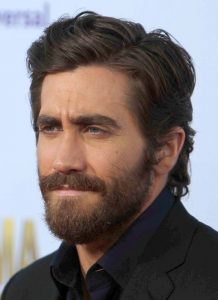 Do you…do you think he uses oil? On behalf of the sisterhood, I pray he uses oil.

You know this has been a year. You know that the splintering crack heard across the skies in August of 2018 was neither Zeus nor one of my heels snapping. Meaning, this and the coming month are an anniversary very particularly full of grace and gratitude for your girl. To celebrate the full circle, I am treating myself to Broadway to watch Gyllenhaal deliver what is being hailed as an extraordinary and riveting performance. Because, he can rivet this, if you know what I mean. (MOMMA! HE’S A NICE JEWISH BOY! WE WILL BUILD THE PEACE ACROSS MY PALESTINIAN BLOOD AND HIS NICE BOY JEWISHNESS! Chomsky can officiate.)

Aside from the riveting situation, he takes his shirt off a lot in the play Sea Wall / A Life. (I believe this sentence is what in California they call ‘manifesting’.)

Anyway. He doesn’t take his shirt off because the Director Carrie Cracknell hates us. That’s not true. Really, it’s just that she’s blind. JUST KIDDING. This aside, do note that Cracknell, she of the excellent last name, has equally excellent politics worthy of your attention. (For those on instagram, incapable of clicking the link, her twitter handle is @carriecracknell. Godspeed.)

There’s also Tom Sturridge. God damn. I looked him up and have not seen even one of his movies, though six of them are on my list of To See-s. Two contradictory things here – first, something is clearly wrong with me, and second, I am in fact quite excited to go into Sturridge blind, because my favourite review regarding this performance states “[he]…had held us entranced…”. Did I mention that he’s British? Which we all know means that he has an automatic edge over every single other male in that room.

As a sister Canadian, I will always have your back, Commonwealth (minus Boris).

Look. Truth told, I’m not sure what’s going to happen by the end of my watching the show. It’s a toss up between Gyllenhaal’s beard, Cracknell’s politics, and just simply everything I am reading about Sturridge’s abilities. To whom shall I offer my bra after the show? It remains to be seen.

BUT. But. But. There is a wild card in the mix. After the performance, there will be a moderated discussion with the actors (and, I hope, with Cracknell). Who is the moderator? We don’t yet know, though I believe it should be me. I have the experience, the nice teeth, and the intelligence. Why not engage an audience member cold call? There’s a season for everything; I’m waiting for a phone call. Until then, however, it might be the unknown moderator suddenly engaging in my personal bra tug-of-war. I am excited.

Because. If I come back pregnant, you’ll know what’s up. Which is nothing at all, because the immaculate conception is very last century.

Today, I am grateful for:
1. The infant toddler hanging off of its mother and sucking the life out of a Green Goddess. What a stunning little thing you were to behold.
2. The woman wearing a t-shirt which read I run like the winded. I laughed out loud and then kept laughing.
3. Live theater. Nothing compares.