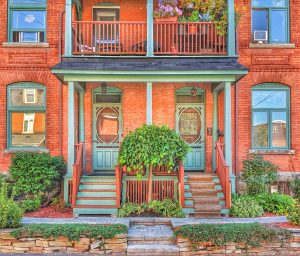 There recently was a dust-up on Twitter (the hellscape site) after a man posted some awful meme instructing that if a woman won’t be with you when you’re sleeping on the ground and possibly drinking from a dog bowl (no joke), then you shouldn’t let her into your life when you have money.

This. This was a thing. A real thing, in fact, alluding to – women being gold-diggers (which, of course there are some. More so women than men because we are still raising men to be the primary bread winners; if roles were reversed, however…).

Women needing to prove that they love a man’s broken ass before they should be rewarded. (With a bed? A glass in place of a dog bowl? Love? Your guess is as good as mine, friends.)

This is one of the greatest lessons learned for me – if you’re with a dog, you’ll eventually be forced to drink from a dog bowl. JUST KIDDING.

The lesson is that love does in fact need to be earned, and this can only be done through repetitive and constant presence and proof. The earning of love needs to happen for both parties in the situation, not just one particular sex/gender.

Really, people are tested in this way throughout the dating process both consciously and sub. Healthy relationships are formed when their is a constant and peace-making presence always showing up. Daily, showing up. Anything less is total shit.

Now. If we are to take the meme as a metaphor, then yes, in general you shouldn’t be with anyone (male or female) who won’t stand by you in your hard times. This should go without saying, but because I am complete shit, it too is a lesson I had to learn the hard way this past year. (Only worse, because my hard times were triggered with the full knowledge that they would trigger. Which is when my self-preservation finally kicked in and I bounced.)

A final angle regarding this meme is one that interests me most – the idea that women need to prove themselves at all to any man before they deserve any thing. It’s a fucking awful thing, innit? But it is so pervasive every single where we turn.

A not so gentle reminder this evening that: Boys will be held accountable for their fucking actions. Without discussion.

Today I am grateful for:
1. The notion of equality in all things. And the recognition that in order for us to reach equality, the under-privileged must receive far more, in order to catch up to balance.
2. Whoever drove past playing Corey Hart’s I Wear My Sunglasses At Night. What a fun throwback to Grade 4 dance parties at Mandy’s house. Thank you so much!
3. Lavender. I am a lover of all things lavender; it is such a calming and beautiful scent.