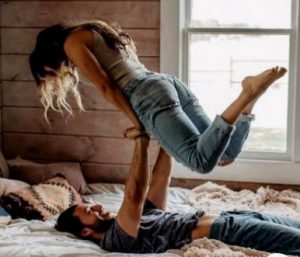 We may have had this conversation in the past – do you believe that there is such a thing as a rebound relationship? And do you avoid those just out of a relationship?

When younger, I would have answered yes to both. But, as I age (gracefully on October 16th, it’s my birthday), I am shifting. Definitely, I am not as rigid in my perspectives, and having engaged enough men, whereas I was once quite put off by a man who is unable to be alone, I’m now at the other end of the spectrum.

At this age, if a (straight) man has been single for too long, I shy away. I am only down with serial monogamists (who do not need to have been married, but rather solidly relationshiped).

Sidebar: I will here posit that most straight women in our 40s and straight men in their 40s are singly their for different reasons. In my extremely vast circle of friends, I know no woman who is single and in her 40s, so that she might continue to taste the variety of males at a buffet. We can argue about this later, if you disagree.

Back to the rebound. One hundred percent, the human condition is premised upon and moved forward by its need to form connections with others. We are creatures built to love and be loved, and where these things are lacking, cracks show up and violence roots. So, I have come to believe that there is no such thing as a rebound anymore. Were I to meet someone tomorrow who broke up with another yesterday, I wouldn’t think twice.

Specifically, and especially at this age, I am more comfortable with a man who does not want to hit the buffet, and instead wants to engage in a monogamous and committed relationship.

Which is not to write that I don’t want a man to have gotten over his past love. But rather it is a recognition that many of us are usually disconnected from our partners long before we exit stage left. It is also a recognition that in union is where we find healing and peace. inshAllah.