Fertilizing 2011 with the transformative 2010

December 22, 2010 - Faith, Mindful Living - Tagged: believing that you will receive what is best for you, ceding control, having faith, it's alright to not always care, learning to let go, not having the last word - 6 comments

2010 has been an amazing, exciting and hope filled year for me, and from many of your emails, for most of you as well. 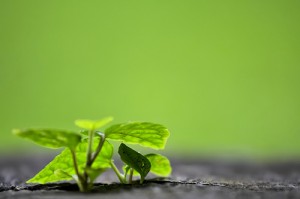 Sadly, and no matter how much you will it, flour doesn’t wake up on Thursday mornings et voila! it is a baguette. It takes a lot of mixing and coaxing, and it is in this same way that 2010 become for me a fantastical year. (For the record, January – April were tumultuous, confusing and often times exhausting. Adding dumb to dumber, my exhaustion made me see the otherwise menial as gigantically difficult. But that’s so 2010.)

At some point in May, I tripped on to a pair of metaphorical big-girl panties and tried them on for size, and you know what? they fit pretty damn good-ly, they did.

In preparation for the new of 2011, here are five very small details I have either learned about myself or slowly integrated in to the filters which cover my already rose-tinted glasses and which have – as the title suggests – been extremely transformative:

The asshole in me only needs to know she’s right, and doesn’t in fact need to share that with any one else.

The haughty bitch in me pities those who aren’t right. Which is everyone else in that specific moment. (I already wrote it, but will write it again: Haughty Bitch.)

This goes hand-in-hand with number one. Essentially, I have learned that sometimes, it’s better to just listen & observe.

Please note: I have just dropped the ‘Haughty’ from ‘Haughty Bitch’.

.4. I don’t need to control a situation.

This.
Is.
MONUMENTAL.
If you know anything about me.

And it is coupled with….

.5. I have learned how to let go of both what I want and what I do not want, when either of them happens.

I didn’t think it was possible, but apparently, somewhere over the course of the last year, my faith was made stronger.

I have finally put in to practice the belief that: if I want something which is good for me, and I am clear in that want, it will in fact happen. It is a lot easier to pay lip service to this, rather than to implement it, but it is most definitely do-able and it is freeing.

Here’s the reality of my life thus far, Alhamdulilah: when something has met the three above mentioned criteria, I have always seen it come to fruition be it within a week, or within ten years. Note here there is an ‘x’ factor, and that ‘x’ factor is what we do not know, but rather what only belongs within the realm of God’s Knowledge: if something we want is good for us. You all are smart enough to understand the finer nuances of what that means, and so I will not delve further. (There’s a Care Bear sitting on my lap as I type. Cross my heart.)

I have struggled with this for the short time I have been on this earth. I would look at a situation and try to paint it with my own colours, only to learn that my colours are my own and not anyone else’s. And frankly, who am I to want to paint anything over anyone else’s colours, when God knows some of my colours need replenishing and toning down and amping up and throwing away and water and oil and maybe even a piece of bread and a little bow tie around its neck.

Besides, and more importantly (for me), no one trumps the awesome technicolour of God’s palette and so really, who am I to even attempt?

Please understand that: it’s not to say there isn’t a window of time inside of which I struggle. Because the time-line dictates that The Event occurs, and then there is a road which must be navigated to Maha’s Happy Place. Getting to Maha’s Happy Place used to take weeks (my max was four months and change for trauma, of which I have had very little in this amazingly blessed life), and now it takes perhaps 48 hours. Slowly and most definitely surely, this 48 hour period diminishes the more I exercise this particular shade of sunglass.

Happy holidays to each of you; thank you for another ridiculously wonderful year of emails and support and photos(!!) and personal stories (even though some of you really need to learn that sharing less is truly your better option) and requests for advice. Thank you for trusting me; thank you for caring after me.

Editor’s note: I love calling myself the Editor. I, EDITOR, would like you to know that I will very soon be writing about my experience in Berlin, and also posting the photos from both Paris and Berlin. Thanks for asking x