The bottom line doesn’t make him a d.ck 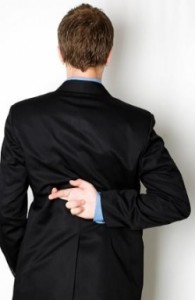 He never wants you to think ill of him, nor does he wish to deal with the potentially emotional conversation of but…just because I think you’re nice, it doesn’t mean I like you, like you, you know?, instead preferring to leave you within the delusion that he still wants you “if only.”

Wasn’t he? I mean, why would he ask you to call back if he wasn’t happy to hear from you?

At the sake of sounding like He’s Just Not That Into You, well: if he wanted you, he would have made the call. Sent the text. Pinged your Facebook. Sent smoke signals. Pumped out some morse code.

That’s the bottom line with men, it’s not complicated; they’re neither complicated nor sending you mixed signals. If they’re not calling you, my love, the message is clear.

For the most part, he’s neither being a d.ck, nor malicious, but rather he’s just being dumb and avoiding the situation. It’s a v v odd male quality this, that they will throw down physically much more easily than they will have a conversation which is bordering on emotional.

Also, much of the time, he doesn’t want to hurt you. Because you’re fragile and you will shatter and when someone puts you back together, you may be missing a left b00b and no man wants to be responsible for less b00bage in the world.

Listen. I get it: it’s easier to chalk up the above behaviour to him being a d.ck than to make the inevitable links he doesn’t like me, ergo there is something wrong with me, and then to have your insecurities run around like befuddled ninjas smashing everything you believed of yourself.

And of course, ideally, a person who isn’t into you would just tell you, deal with it, and then move on from it.  I mean, personally, I become a knot of electric energy when I know someone is into me and I don’t reciprocate. If I don’t make it Clarica clear that I don’t dig them, I will be nauseous and nervous and panicked. Because I am clearly fkd in the head.

The silver lining? There’s nothing wrong with having a man not like you in the way that you may wish for him to like you. I promise: you will not loose a b00b, though you may lose a little bit of your heart in the process…but our heart, being a muscle, gets bigger the more we use it. And that, in its amazingness, should make the experience worthwhile.

Variation of above originally published in 2006.

20 thoughts on “The bottom line doesn’t make him a d.ck”