Once a wanker, always a wanker 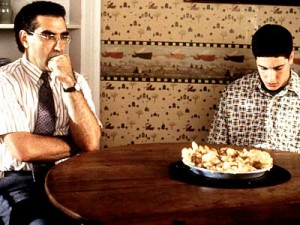 At the tender age of seven, I was treading water during a swim lesson, staring at a man standing in the doorway of the men’s change room watching us, while diddling himself.

He had his Boy Part (BP) out above his shorts and he was playing with it, much like one would play with a small cat. A child, I didn’t understand what he was doing, but was fascinated by his choice in swimwear instead, for he was wearing matched baby blue turban (a la Seikh variety, not Arab – although am certain there are many wankers there, too) and baby blue shorts, serving as sharp contrast to the darkness of his body. While trying not to drown, I wondered if his mama had sewn them for him, so they would match.

In my early teen years, I was out for a run through the Experimental Farm. Running toward me was a hairy fat man without a shirt on. Some ways away from me, he stopped running and pulled his BP out of his shorts and declared “Tu-DUH!” While sprinting past, I made a mental note to ask the same of my husband as I do believe the “Tu-DUH!” a funny and worthwhile conversation starter behind closed doors.

In my later teen years, two things happened. First was during a crisp Fall evening while Natasha and I were walking down Elgin Street. We approached the platform of one building and looked up to see a man with his pants and underwear around his ankles and his shirt completely undone, blowing in the wind. With his BP released into the fresh air, he too was wanking. I feared that at my normal pace, the wind would carry the items soon to shoot from the BP and hit me directly in the head. So I ran, while Natasha stood back to take notes on technique. JUST KIDDING, TASH!! I’LL CALL YOU!!

The following summer, I was walking down Bank Street when I looked into a car and saw  a convulsing man, eyes rolled back in head, seizing. I would save him and be a real-life Heroine. With terror gripping my heart, I edged over to the window contemplating whether I would break the window with a punch or a kick, and how I would pose for the photo accompanying the story of my heroine ways. Sadly, it was only when I was standing with face pressed against the window that I noticed he had his BP in hand, having just had a go at himself.

There is no punchline to this entry. Rather, it is Movember, and if you know a man growing a stache for his prostate, better you support this month’s endeavor than leaving him to his own devices. Literally.

5 thoughts on “Once a wanker, always a wanker”