There’s a rumor it’s raining men, so I burnt my umbrellas 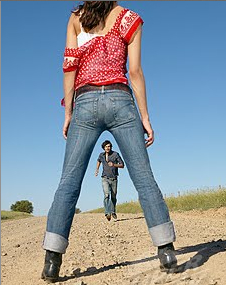 For most of my life, I understood the level at which I should expect to be treated by those in my life, and could demand it in return because I remain aware of what I bring to the table in any given relationship, romantic and platonic.

Romantically, three times I have let that slip, two being quite recent.

Two situations, one which had carried on for a couple of years, another for perhaps six months, both not knowing where I stood; two available and engaged men who somehow remained unavailable even when present; two situations which forced me to take stock of what it was precisely that still made me feel withered, and I quickly realized that these men, they were simply not enough. This, not because I am some needy clownish lunatic, but rather because they were takers (insert full stop). There was no give and take, but only take, and let me tell you how absolutely exhausting this is for a woman who is more than happy to give because it makes me happy to give. How exhausting it is — maybe especially for a Libra — to be on the heavy end of an imbalanced scale.

Aalya says that every love is a lesson. And from these boys, the lessons re-learned were that I want a man who will remember me, and who will be gentle, kind, hilarious, sexy, and sexual (because, seriously? Isn’t this the ultimate connection? Nirvana of skin brought on by another?), adventurous, compassionate and loyal. I want someone who I can keep playing with for a very long time, because there is enough shit in this world that when I go home, I want to play. In my sanctuary. With this man.

I know couples at both ends of that play scale, and the hotter ones who still carry sexual tension  between them after years and children are the ones I learn from, and they’re the ones who play. They are the ones who approach life (not just a relationship) like it’s a playground, understanding that it takes two to get super high on the swing, and two to play on the seesaw, and two to build a sand castle proper, and two so that one can shove the other faster when needed; capture the flag, hide and seek, simon says? You can’t play alone, and this world is a blessing and a gift and it is a playground.++ The ones who don’t see this, are — quite frankly — miserable, and a bore to be around, and the ones I see least and never make a point of actually seeing unless forced.

Another point, since I am on some kind of a rip tonight, let’s slightly touch on a near-extinct species: a man who will wear the God damn pants in the relationship, because being gentle and kind doesn’t mean you need to be a pussy. (You know, FYI.) As a woman who has had to fend for herself for too many of my years, I am actually looking forward to ceding control and entrusting it to another. In the presence of a man who takes control, I feel more like the woman I like to be (and I get this is not for everyone).

But for those of you who would judge me on that statement, the ones of you whose panties just scrunched up at what I wrote because how non-feminist of me, kindly f/ck off and go look for your heavily emasculated man. Start in the washroom where he’s likely hiding from you.

Back to the original thread of this article. The above? It’s not a tall order; there are men out there who will meet these criteria, and all I need is one. Just one. Just one who will let me sink into his big hands** and take over.

++ At least here in Canada, and where you can live within your means, outside of unnecessary debt, and where you have access to clean water and safe food and where there are no bombs or war or physical threat to your person on a normal day.
** I mention again big hands again because last night we saw This Means War and there is a hilarious segment about the repulsion brought on by “teeny tiny itsy bitsy jazz hands.” Do yourself a favour and see this movie; if it doesn’t make you want to handcuff and blindfold yourself on Tom Hardy’s watch, or to at least date a trained assassin of sorts, you might be a terrorist. Trust. (Hi Killer! Skype as soon as you’re home! x)

25 thoughts on “There’s a rumor it’s raining men, so I burnt my umbrellas”