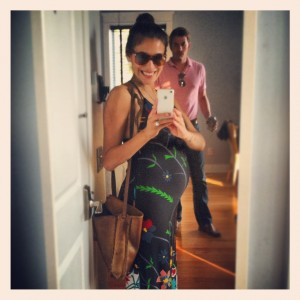 “Oracle” is what another calls me, while Blue calls me “Vivid Dreamer.”

Let me start with the women in my mum’s family; we dream. I learnt very quickly to keep a dream journal next to my bed and write down my dreams as soon as I woke up. Throughout the day, little bits and pieces might further come up and I write those down as well. Always, I end the transcribing with the feeling state in which the dream left me. That feeling is just as important as whatever images are in the dream itself.

In university I took a world religion class at which time I was (pleasantly) surprised to discover that 1) every world Faith has an element of dream awareness; and 2) almost all interpretations were exactly the same across the Traditions. This last point continues to fascinate me because while each Tradition spans time, history and geography, they intersect on dream interpretation. (Which, by the way I use Hawk’s Dream Dictionary, as a source of information and a means to understanding the messages of my dreams.)

In Islam specifically, there are a few guidelines to ru’yas:
– There is a distinction to be made between random every day dreams rooted in eating too much cheese before bed, and actual messages (called ru’yas).
– A ru’ya has the following very specific characteristics: you have to have gone to bed ‘pure’ (like, not drunk or just completed a s/xing gangbang), they happen at the break of dawn, and when you wake up there is physical residue left with you (you are crying, laughing, shaking, etc.).
– When you have a ru’ya about someone else, you must tell them immediately. Good or bad. (The only time you may not tell them is if the dream is also about you, and you prefer to keep your story private.)
– To lie about a ru’ya is considered a really really really really f/cking serious f/ck up that will land your a/s directly in I can’t even think about how essentially horrible it is to do this.

My ru’yas have always manifested themselves in the following categories; they are about me, the deceased (I am always the first in my family to see the family member who has passed away), people about whom I care a great deal, or people who are — to their essential core — gentle creatures. Like Maria for example, she being one of the very few people I don’t know, but about whom I have had a ru’ya.

When I met Maria (while sleeping), she had just come out of something extremely traumatic and was living a very deep heartache. My ru’ya was simple — she was going to have a very happy and healthy baby girl who was going to look very much like her (more than pops – Edited to add: Not true, the kid is a duplicate of the father so maybe it’ll be Girl No 2). I woke up and immediately emailed so that a mutual connection might tell her. She was not pregnant at that time, but a few weeks ago I received an email letting me know that she is now pregnant with a baby girl seedling. She is the beautiful one whose photos grace this article. 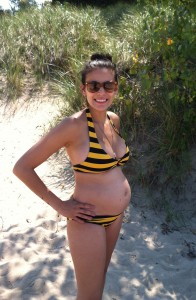 Here’s what I can tell you about Maria apart from that I wish to look like her when this pregnant (ridiculous!) even though I have neither met her nor spoken with her directly. She is a gentle and vulnerable soul with one of the biggest hearts anyone might hope to encounter. She believes in the spirit world and is open to a belief in the unseen. She does not possess a fear of that which she does not understand and when she has to choose, she will always choose to believe in the essential goodness and kindness of others. Full disclosure, I hope that her and I eventually connect because though she and I have not had a formal tete-a-tete, I believe we have already somehow/somewhere had a conversation.

Now I sound like a stalker, and you probably all think I smoke the peace pipe. DON’T JUDGE ME.

Anyway. Maria is an example of a good ru’ya. An example of a traumatic ru’ya happened shortly after my matrilineal grandfather passed away. At the time, I was being pursued by a particular suitor who was rather aggressive in his pursuits. Again, the ru’ya was clear — I was seated waiting in a courtyard surrounded by four buildings. My seedo walked in and he was very young and healthy, dressed in a beautifully cut green suit (all of which are signs that indicate the individual is very happy in another world). He walked over to me and simply said “take care of yourself and be very careful,” and then he was gone.

I woke up shaking and as though there were a boulder on my chest. I instinctively knew that he was referring specifically to the man then pursuing me and so I told my family that I was declining his advances. While no one was mad at me because I told them about the dream, I believe my mum suspected I was a lying liar who lied. Until a few weeks later when we discovered that he used to beat the sh/t out of his ex-wife, landing her in the hospital at least twice.

I have always taken my dreams as seriously as I take my intuition and gut instincts. Like Maria, I am not a person who believes that everything there is to know is in fact measurable and/or tangible. I am also a strong believer in that everything happens for a reason and that the Universe (God) speaks to us and offers us guidance to happiness in a myriad of ways, but leaves it to us to choose whether or not we will pay attention.