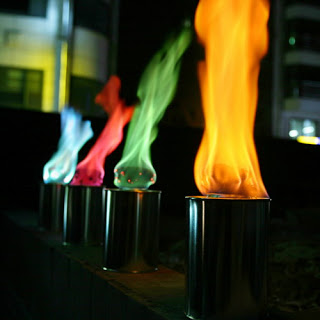 But first. Thank you to everyone for the amazing messages and notes of concern. Yes, this is the longest I have ever gone without writing, almost two months and instead recycling earlier articles. Now to the article itself, with the greatest thanks for your patience these past two months…

Do you know your burn rate? In business, a ‘burn rate’ is defined as “the rate at which a company (esp. startup) uses its cash to survive, the money spent each month above incoming cash flow,” otherwise known as a negative cash flow, moneys spent before one starts to generate a profit.

In the emotional world, this would basically amount to how fast you burn through your own emotional-fat stored before you start to receive emotional-fat to top up your love handles once more. Extend this idea to that it is never a one-time deal, but rather an on-going burn and profit ebb and flow in any relationship.

I’ve recently realized that understanding one’s own emotional burn rate supports and often-times safe-guards a relationship. Very rarely do two people have the same emotional burn rate, and the absence of knowledge of one’s own burn rate can translate itself into a handful of devastating falls for the relationship and those involved. When we understand our own, then we can at least manage ourselves accordingly when our piece’s burn rate runs much faster or far slower than our own.

Because, we can not enter into a relationship with the intention of either changing ourselves or our partner, and so the best thing which we can do is understand who we are, that we might manage our behavior when we suddenly introduce Factor X (the new piece).

As example, take me who has a ridiculously high burn rate but then only requires a very very small amount of return in order to completely (and then some) top up her own burn rate. On the other hand there’s Kitty, whose burn rate is so slow it might be misconstrued as non-existent. Pretty much, she’s always “meh.” Me, I don’t understand with which crayon colour I would scratch out the “meh,” let alone live by it. Not to mention, there is nothing about which I could ever be “meh” and if anyone tried to force that on me, I would totes Hulk out and then start to cry and maybe wet myself somewhere in between.

In the hypothetical, if I were to become involved with a man who had an extremely slow burn rate, two things would need to happen:

Once more in the hypothetical, if I were to become involved with a man who had an extremely fast burn rate, two things would still need to happen, the intentions of which (like the above scenario) create a sense of balance among the two people and also afford them the room to be who they are while accepting of the other’s nature, the one with whom they are having the sex fun-times.

I must admit that I am extremely excited about this information because until Gillian introduced the concept of burn rate, I had neither thought about it in the emotional sense nor considered this perspective’s implications on a relationship.

Word to the wise: figure out your burn rate, be aware of it, manage yourself inside of it and then watch and learn how to best manage it with your piece with the understanding that you both respect the differences and give one another the room to be who you are (so that neither of you comes back one day and says “…who in the hell is this person I’m sleeping with?!”).