Allah does not discriminate (a.k.a. “On Bein’ Single”)

November 30, 2013 - Eastern feminism, Faith, Family, Mindful Living, Mindful Relationships - Tagged: God does not create biological hierarchy, God does not discriminate, When being single is better than being married, When married people don't like their partners - 12 comments 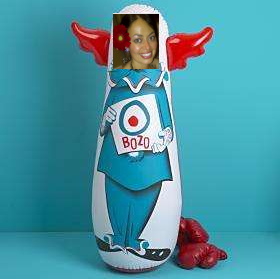 Women are defined through attachment.

Yesterday, I wrote that there is this thing which weighs me down. And yesterday, this very thing crushed me. This is something that happens from time to time, only yesterday was the first time I chose to write about it. Always and unequivocally, it is triggered by a conversation about marriage with my family. The last time it happened, I didn’t write about it, and instead spent eight days, evenings in bed falling asleep at 8pm. I promised myself I would never let that happen again, because my life is so f/cking blessed as is without a man and an as-of-yet utilized uterus and what a luxury that this is what depresses me, right?

Subsequently, I was overwhelmed by the love that people chucked at my head, and the incredible amount of women whose private messages amounted to shared war stories: “I hear you. I understand you. I too have had to fight this battle,” and also to the slightly more hysterical ones who wrote: “I hear you. I understand you. PLEASE DON’T GET MARRIED BECAUSE OH MY GOD I WANT YOUR LIFE AND TRUST ME YOU DON’T WANT MINE!!!!”

Two particular shout outs: First to SW who sent me statistical information on how most women who are murdered, are murdered at the hands of their spouses. Second, to JJ who very clearly hates her own children, and managed to make this hatred hilarious.

The bottom line is, I am relatively accomplished.

Measured by the same stick used to measure a successful man:
an excellent job and publications,
an exceptional higher education in an extremely difficult M.A. program,
property,
savings,
etc
I am well beyond accomplished.

Measured by the same stick used to measure a successful female:
wife,
mother
I am not so accomplished.

Couple the above measurements with my culture (not to be confused with my Faith), which says that completing our Faith is half of our deen (religion). Said another way: If unmarried, you are incomplete – a sentiment which is indeed non gender-specific.

Here’s the reality: Islam does not discriminate.
And because I am a Believer, and God knows best, there is no way in hell that God would create such a discriminatory hierarchy within Islam, because Islam is the un-gendered discourse. There is the male, there is the female, and then there is the divine which is genderless.

In fact, there are 99 names of Allah, and the one to which Muslims refer to most, is al-Rahman (the most merciful), within which is rahm (womb). Reflect on that for a second, then get back to me.

To discriminate means to sideline and marginalize those of us who — for whatever reason — have not yet been married, or who never get married. And this is not my Faith.

As to the “science” which places all women at a disadvantage sooner or later, then to you I send a big fat hey! Remember the time you thought the earth was flat? Or the time you proved that “white people” were better? Or when you were adamant about the classical elemental theory? Or that time you believed ether was a carrier of light waves and radio waves?

One last time: Allah does not discriminate, and on any day, I will gladly take on anyone who speaks to the contrary.

Society, however? Men and women will gladly create such a hierarchy, if only to make themselves feel better, by making others feel less. And men, as has been proven time and again, will decry it as their fitrah to shun the women with whom they are most compatible for those whose t/ts sit higher. But God, my God, the God who does not discriminate, and the God who does not favour one gender above another? I believe that He does not.

Those of you who believe that He would, then you need to re-situate and re-evaluate. And you need to ask yourself what part of your nafs it is that your perspective feeds, because my guess is it ain’t your piety.

On most days I believe that, and I internalize it at a much louder frequency than the other side of that coin. But yesterday, the other side took my feet right out from beneath me.

Usually, unlike yesterday, and because I do believe that Allah knows best, I believe that whatever He has in store for me, it will be precisely so that I might reach my full potential. And the reality is that my full potential may have absolutely nothing to do with marriage or having a child.

To be even more frank, looking at nine out of ten couples around me (Muslim, Arab, and not), on most days, I am pretty relieved I am not married. Because men? Well…they’re not all they’re cracked up to be when they perceive a woman disrespectfully as their property. And I would hazard that less than 5% of all men carry women in their hearts as Allah intended and so clearly instructed.

I wanted you to know this because so many of you are worried about me. And though I was desperately sad yesterday, I am like one of those Bozo the Clown inflatable bop toys, filled with enough hot air to bounce back harder and faster than most. Only, I am prettier than Bozo. I hope.

Thank you.
Love you.
Owe you.