December 9, 2013 - Mindful Living, Mindful Relationships - Tagged: attracted to needy people, be your partner's number one fan, commitment, do not love someone's potential, healthy romance, look to the heart of intention, love someone as they are today right now, men and women, recognize the difference between 'need' and 'want', relationships, rules for a great relationship, rules for commitment, rules for healthy love, trust in intentions - 9 comments 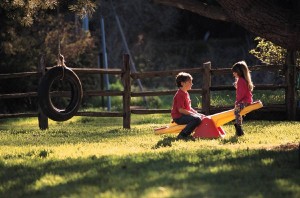 Editorial Note: This article was originally published 11/01/04. I am currently on holiday and unless titled Dispatches, then what you are reading was scheduled for publication in advance of my departure.
———-

Over the holidays, I had the pleasure of catching up with an old friend who is currently walking through the hallowed halls of a very painful breakup. Four recurring points threaded their way in and out of our conversation, and which I believe are critical to any decent relationship. (Aside from great sex which is contingent upon an emotional and spiritual connection, a lot of fun, and a genuine curiosity about one another, obviously.)

First, recognize the difference between ‘need’ and ‘want’. If you’re drawn to needy people, and it is from them you find your value then you must ask yourself why that is and learn how to earn your self-worth elsewhere.

The needy has nothing to do with you when you are replaceable, and this is a tragic measure of value. I hope that’s not too crushing, but if it is, you’re best to get over it and instead use it as a stepping stone to finding the one person who when they want (very different this from ‘need’), they seek you out and no one else. That is, unless they’re stalking psychopaths.

Second, be your partner’s number one fan and biggest supporter. Most importantly when they make a decision you don’t like. I write ‘most importantly’, because it’s easy to support a decision with which we agree, but not so with the ones at which we are at odds.

A = The decision / behavior isn’t something which is fundamentally at odds with your moral value system; and,
B = You were afforded the opportunity to air your dissent respectfully; but,
C = They still proceeded; then,
D = Take it like a wo/man and support them.
(Additionally: don’t be the person who reminds them of this every day, nor the one who gloats if their decision implodes. If you’re this person, then A = you’re an asshole + B = you’re disingenious, which = variable C, aka ‘Gross’.)

Third, never be devoted to the idea of who someone could be or what a situation could potentially become.

Remember that you should hear what you see, rather than what you feel. Base your decisions solely on the facts, rather than on your feelings (don’t project!) or alleged potential (don’t phantom limb something that never was!).

Finally, always look to the heart of intention. With your lover, you should always believe that their intentions are pure and honest, coming from the best of places; if suspicion rules you then you should either (a) seek therapy for your Crazy; and / or, (b) leave the relationship if the Crazy is specific to this individual (there are some sociopaths whose solar power is run on the suspicion of their partners, actively ensuring it is always present because the sociopath’s self-worth stems from their partner’s insecurities).

Either way, perception is not void of choice; with every situation, you are presented with a million different ways to view said situation and if you default to the assumption that their intentions are anything but good, then you need to re-evaluate both your own positioning re all matters in your life, and the respect you have for the individual before you. To assume that someone is always suspect means that you don’t hold them in any sort of high esteem, and the best relationships are those built on first-and-foremost: respect.