December 21, 2017 - Mindful Relationships - Tagged: how can i trust after being hurt?, innocent until proven guilty, new dating, new relationship, trust and vulnerability with a new partner 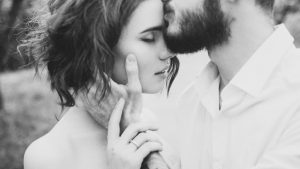 “Fare Thee with Patience And Grace because relationships are a cuntpunt.” (Bobby 3:16, 44)

Aside from explosive physical chemistry, intellectual compatibility, and sharing laughter, there is one key element to any healthy relationship if it is to endure: Trust.

Turning to one of the subject matter experts, let’s look at philosopher Onora O’Neill who argues that trustworthiness is illustrated in four repeated character qualities: Competence. Reliability. Honesty. And making oneself vulnerable to another.

Interesting this, because we are immediately faced with the tautological argument that to be Vulnerable, one must be willing to Trust; to Trust, one must be willing to be Vulnerable. (And by “tautological”, I very seriously mean “asshole”.) On these two ingredients as means to a healthy, loving, long-term relationship, and which when in abundance, opens the doors to deeper commitment and more facile communication between lovers, I can hear you grumbling ‘trust needs to be earned, not just freely handed out’. After some growing pains, I am forced to agree with you to a certain extent – there are intelligent ways to trust, as equally as there are stupid self-destructive ways to trust.

The reality of trusting everyone at first glance is trusting in equal measure the trustworthy and untrustworthy. Nothing intelligent about this, where our hearts are implicated. This in mind, when we choose to trust someone who proves themselves untrustworthy, recall that this is a reflection on their lack of integrity, not ours. However, it affects us directly and brings us some degree of pain which, if it can be avoided, then avoid it. There are enough means by which we can experience pain without actually giving someone a knife and laying our chest bare.

Taking O’Neill as starting point, we must investigate two questions: first, where do we position ourselves in order to engage the four qualities which she identifies? Second, how can we ensure some kind of heart-intelligence in a new situation?

The answer to both of these questions is two-pronged, and it is the same. First, by exercising patience. Second, by creating the room for trust to show itself (since the four O’Neillian qualities can only prove true or false over time). This room is where the individual can exhibit their trustworthy qualities – a space without suspicion or challenge, without harassment to prove themselves. Rather, a space where they are free to roam (as are you) and where their own behaviors and actions, one after the other, paint for you a picture of who they are (& vice versa), trustworthy or not. Essentially, a balanced, neutral stage on which they and we act, and on which we both receive the actions of the other.

How much time do you need? That decision is yours alone, but see what the Universe is trying to show you, rather than what your heart wishes to see. This distinction is the most challenging one, most especially if you are like me, and wish to only see the best and most elevated of character in front of you.

To more concretely answer this, let’s now turn to the natural extension of O’Neill’s argument regarding when it is that someone is untrustworthy, which won’t be clear-cut like maths, unfortunately. Meaning, your new piece won’t suddenly be standing in your front window Marcel Marceau’ing “I AM UNTRUSTWORTHY LOLS!” and offering you cookies as recompense. What you will have are a series of flags to which you must pay attention – because these flags, they are on a map and in time that map will reveal itself and you will be able to connect this engagement’s route to right over that nice mountain range where it fell to its death.

Extrapolating the signals from O’Neill, these people will demonstrate that they are: unreliable, will feed you half-truths, and / or entire lies, will break their word, and most important – they will be guarded.

Take a pause and think back to the time(s) that someone has fucked with your sense of trust and revisit all of the flags that you had stared at eyes wide shut. What do you see now, today?

In the absence of an actual professional con job, most people fuck up. This, not because they are dumb (though generally they tend to be, as I believe that the untrustworthy are in fact of lesser intelligence), but rather because the Universe, She does not protect those who are unworthy of protection. She does not protect those who would take advantage of a gentle heart; She is in your corner. Trust Her, if you cannot trust anyone else. ***

And by Her, I mean God, because let me be very clear on this one last point – I am a dummy who, were it not for the direct and continued intervention of God (through many different channels), I will make a man trustworthy who has not proven any such thing at all. This article is as much about you, as it is about my own journey.

Again, and as ever – pay attention. Observation is your best friend both on your good days and your bad. One day, the return on all of this risk, it will be a windfall inshAllah.

==========
***This statement is on a personal, not political / Peoples level. Because Palestine. And Syria. And Detroit. And Canada’s disappeared Aboriginal women. And the impoverished. Ad infinitum.

One thought on “On Trust”