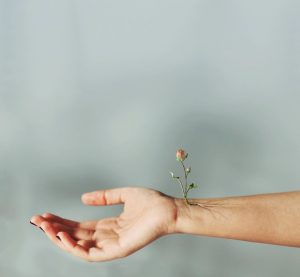 This past summer, when we both said that we did not wish to be apart for too long, for no more than six more months if we could avoid it, I was encouraged. I took the sabbatical with the intention of traveling to see beloveds for a handful of months, and then to see where he and me were and where to next.

He is no longer a part of my world, and so I am facing a sabbatical the shape and intention of which are quite different than what they were originally.

I would be a lying liar if I told you that the switch was a facile one in my head, because in 48 hours, I will be one hour into my flight, and I am still unprepared emotionally. What I can in good faith tell you is that the panic and anxiety have, by sheer force of will (which has left me depleted), diminished. I pray that they will only continue to do so the next while.

Sorting through loss and grief, even when you know they are a necessary off-shoot of blessings is difficult on a normal day. To do so when facing an environmental change – one that feels as some sort of upheaval – does a whole lot of boogeyman dancing in our chest and brain. I am waking up with panic attacks and making my way through them by reciting prayer. Luckily, they don’t generally pop up during the day unless my mind wanders and I don’t check it. But I have been struggling.

I know. I know that this is a wild and insane “problem” to have – a year off! But please. Please don’t judge this by its cover. Because if I were to begin sharing my last few years with you extensively, you would throw me into a soft blanket and never let me leave the house again, let alone go to work. If I were to share with you these last seven months, you might commit a crime on my behalf, and then wrap me in a blanket. Trust. Trust that the closest of my girlfriends don’t even know how to tell the story of my last seven months without their own shock and awe. It is just that much of an outlier story.

I have worked my entire life. Since receiving my Babysitter Certification, at age 9. Not because I needed to, because I am not Oliver Twist. I did so because I like working. I like keeping busy. It is not in my nature to slow down. So imagine the idea of 12 months of slowing down…?

When I first faced the year not as it was intended, I had originally planned to spend the entire time traveling to see friends. Except, I quickly realized that I have never had a wanderlust driving me to live any nomadic life, so I binned the idea of living from a suitcase for any extended period of time. Then I came up with a dozen other ideas, all things to do which would, at the end of 12 months, feel “productive”. I couldn’t even look at 12 months and see them as maybe a means to pause. I have this insane blessing and all I wanted to do? Work. Produce.

It was not to stop. It was not to rest. It was not to appreciate the ability to do either. Which is itself amazing, and though against the grain of that with which we are kneaded, not too healthy. No wonder people pass so quickly after retirement; we spend all time shaping people to do, but none teaching them to simply not. To stand still and pause, and appreciate – really and truly – just being alive and healthy, if only for a limited period of time such as a year.

So I finally decided that I would plan nothing, but a skeleton outline. I would not have any goals but health, creativity, and expansion of knowledge (academic & deen). What I am going to do is simply try to stop doing. Whatever plunks itself into my lap along the way, I will welcome, but only if I want to and most definitely not out of any sense of obligation to produce or to ‘spend’ my time in a way deemed worthy by societal standards. The year itself is reason enough; its calm and quiet, in a world where we are saturated with noise, it is reason enough.

For the first time in my life, I am lost at sea, but choosing to remain just there, where I am most uncomfortable. Basically, I’m about to test the idea that only when we are uncomfortable, can we grow. #PrayForMe

Image courtesy of a personal beloved, talented beyond imagination – Hafsa Khizer. Please find her work at: