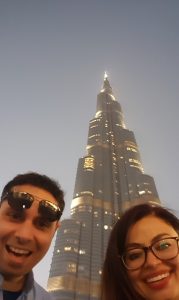 We had just finished Friday prayers when I stood to pray asr. Reem was sitting next to me, so did not notice when a random stranger woman came up to me and without my consent reached for my scarf with one hand and for my hair with the other. There was about 5 ml of my hair showing, and she decided that she had every right to ‘fix’ my hair which in fact did not need fixing. While I stood praying between the hands of God in Al-Noor masjid.

Instinct kicked in. I grabbed the hand on my hair, pushed it down, and held it tightly against her body. With my other hand, I turned into a Stopping Guard and gave her the stop signal (most definitely not in the name of love) squarely in her face but kept praying. When I did let go of her hand, she stood stunned, staring at me. I finished my prayer and we left. Not a word was spoken. (Important note here – this woman is not a local; her hijab was Arab. A local would have never transgressed this line.)

A quick lesson in propriety to the ‘sisters’: IF YOU DON’T KNOW A WOMAN, DON’T TOUCH HER. IN A MASJID OR OTHERWISE.

Aside from this little blip, we had a lovely Friday prayer, even when Reemo got clipped in the back of the knees by a woman who wanted to replace her with a chair, and then later when Reem kept getting elbowed by the little girl next to her during prayer, and then later still when Reem and I were nearly trampled as the women were ‘moving’ to the front rows. What an experience.

The rest of my day and night was spent with my other cousin Nizar, who lives in Dubai. I adore Nizar; he and his brother and sister are, on my father’s side, the closest to me as siblings. Nizar specifically, if ever I need(ed) him to step in and save my ass in any random part of the world, he would do the impossible to make certain I was taken care of. My mother would agree, and has always said the same. A rarity are they in how well they were raised, and how true they are to their principles.

He covered as much ground as possible with me in Dubai, beginning with dinner on the Boulevard, watching the water and light show at Burj Khalifa, and then a three hour walk through Marina (where he lives), JBR, and JLT areas. We managed to cover 2 years of catch-ups across an eight hour day, and left one another with a mission each – I am to name his car (he would not like it if I told you what he drove, so I will not; only that when he floored it, I could not hold my neck up because of the force. I am sure he won’t even like that I mentioned this much, but whiplash says I reserve the right), and he is to find me a good and worthy man. But first, he is taking me to meet family, formerly the adviser to Sheikh Zayed, because I asked that I wanted to learn how the Emirates were formed, and Nizar wants me to have a history lesson unmatched. I am excited to share this experience with him and to learn learn learn and ask all of the questions.

Today, I am grateful for:
1. Women and men who mind their own business, both inside of the masjid and outside of it.
2. My aunt Arwaa7, mother to Nizar, Khaldoon, and Yasmine, for the kind of humans she raised.
3. Nizar’s gadgets obsession because I am so amused. He has a lamp that is connected to his phone that is connected to his watch which both lights up different colours and can PLAY WHATEVER HE IS PLAYING ON THESE DEVICES. Though he only connects music, I would find the creepiest children’s voices and make them come out of the lamp when guests were over but pretend I was as terrified as them.