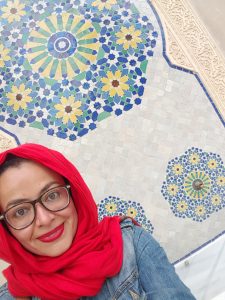 One thing I love doing in any new city, where available, is taking public transportation for hours. Getting on a bus and staying on until kicked off. Never the metro, because that leaves nothing to be seen, unless I am supremely in need of underground people watching; rare, since I am not a fan of people. Unless they’re furry little doggos.

It was a cold and windy day in Málaga, and though Azooza went out to meet our friends and brave the wind lacerations by the sea, I spent my morning on the couch curled beneath a blanket, coffee in one hand, book in another. When the sun peeked out a very little bit, I went out for a little walk. Which became me running for the bus, and then me not knowing how much to pay for the bus or properly ask whether I was headed in the right direction.

But only because I had originally gotten on the wrong bus, on the other side of the street, and was gently told I was very much mistaken.

The bus ride was as fun as I had hoped. Seeing ‘normal’ areas and residents of an unfamiliar city is always so interesting. Like the two women who said goodbye to one another and had a hard time letting go because one of them was leaving the City. And the old man who simply waved at the bus driver but didn’t get on. And the woman sitting in her car typing madly on her phone looking as though she wanted to break whomever was on the other end of that conversation. Also, the images of Mother Teresa randomly throughout the city. The few cafe / bars open on Sunday and how filled to the brim they were with old men.

One of my happy moments on the bus was when I took this photo – because I am a nerd, I was sitting in the first seat immediately to the right of the bus driver. I could hear the music which he was playing and took this as soon as I heard Leonard Cohen. 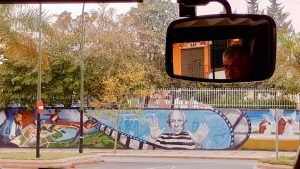 My aim was to first get to Al Andalus Mosque, and then meander my way home on random buses. Not exactly what happened, but close enough.

First, the mosque. I always mistakenly assume that mosques should be open 24 hours a day. This is how it used to be in Canada, I am almost 100% certain. Are churches this way? Is it because I watch too many Marvel Comic tv shows that I assume all houses of worship ought to be open to folks 24/7? In case someone needs safe shelter. Someone…? Anyone…? 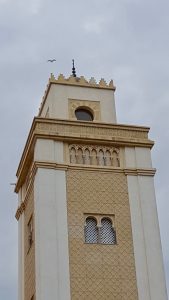 I arrived at 3.30pm and found all fence doors locked. No word of a lie, I considered jumping the fence so that I might at least pray in the courtyard. I mean. All of God’s surface is a place of worship, yes. But, I had made my way over there so I was committed, and this is my home before it is that of anyone else. Instead, I found the buzzer and spoke to whomever the keeper is. One of the benefits of Islam is that it’s language is Arabic, no matter in which corner of the earth you find yourself. He explained that they would open their doors at 4.30pm, in time for Asr prayer. 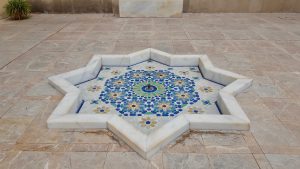 Rather than hopping any fences, I found an ice-cream shop and had a coffee before returning ‘home’ to pray and make duaa for beloveds. (Muslims believe that duaa made by travelers are received differently than others, and so I always make a point of being extra while traveling.) 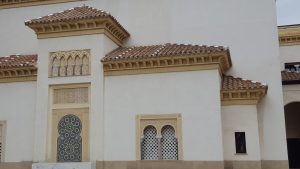 PS Salaa is the act of praying (which often looks like yoga; standing, bending to place hands on knees, bending to place forehead on the ground, etc.; this takes place five times a day). Duaa is the asking for the things (‘grant my parents jannah, forgive the dead, give me patience with European websites’, etc.) done usually after salaa, but also can go down at any time of day quietly in your head.

After my little mosque adventure, I saw a scooter and CAN NO LONGER RESIST. And so I scooted happily along all the way home. This scooter, however, was temperamental. The accelerator and the break were super excitable, and so for anyone watching, I was moving in a jerking motion and laughing hysterically about it for the entire near 4 km home. At one point, a woman in a wheelchair rolled alongside me and said something in Spanish to which I replied SI and laughed and she laughed too and I have no idea what she said but she left me in the dust.

Also. I nearly ran over a nice old man because I was jerking and couldn’t move to the left fast enough and he was very slow to move to his left, but I finally managed to do so and we did not have a head-on collision for which I certainly would have been charged with Aggravated Idiocy.

Today, I am grateful for:
1. The cost of travel between European countries. What’s up, Canada?
2. Fishies. I’m sorry we eat you. You are very tasty.
3. A warm and comfortable bed in which to sleep. Thank you for the means to such safety.