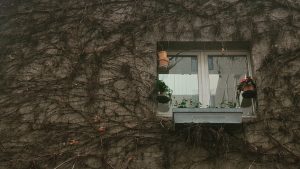 These last few months, I had barely thought about it, really thought about it; these last three days, it hadn’t even crossed my mind until yesterday, early evening walking the streets of this city intending to further fracture all of the energy and stress which had crept in since Friday.

It was always there, quietly in the corner. I would think about it in the abstract, a thing outside of who he was, not who he was. Not really, because when I looked at it, I looked at it only with respect to him, to a thing which he does alone, but managed to somehow disassociate it from me, where his actions toward me were concerned.

I am a relatively smart woman. How I had allowed this to slip from my sight is wild. So wild that this piece is full of italics. Sooooo wild because it is literally the very fabric of his present life, and yet I have been running around with hands over my eyes smashing into walls and yelling that the walls keep hitting me in my face.

Yesterday was a little bit of a stumbling block, and I’ve not yet wrapped my mind around it completely. It is who he is and what he does. It is how he treated me, not distinct from it. I have very little space to investigate it beyond this because I need all of my energy turned toward my care, and so perhaps this is as far as I can move forward with these thoughts, where he and me fit into them.

This afternoon, one of my best friends was looking back at me through WhatsApp when I said it without thought, because the remembering of it had been aloe to the burns of the weekend. When she heard it articulated out loud, her face broke, and her softness came to surface. Truth might set you free, but it’ll also punch you in the face and knock out a couple of teeth before it does. Apparently, it’ll also drag its knuckles across the faces of your girls, because it’s such a prick.

“I fell in love with a drunk. A man who is also addicted to cocaine.
I don’t know who he is sober, so I can’t in good faith answer whether I would take him back if he was sober. I’d have to meet him first.”

Today, I am grateful for:
1. Zoey. She came into our lives in the Fall and she is the fattest, and happiest bundle of joy. When she coughed and I said Allah!, she stopped coughing. When her momma and me talked for a little too long without focusing on her, she leaned into the camera to very clearly COUGH COUGH until I Allah’d her once more and she stopped and smiled. What a potato.
2. Morning coffee by the dog park. When alone, I take my coffee downstairs and sit on a bench by the dog park. Even when it has been raining. Doggos really are the best people ❤
3. Hot water bottles. I am a 90 year old who goes to sleep every night with a hot water bottle at her feet. I am also a baby goat because I often drink hot milk at the same time.