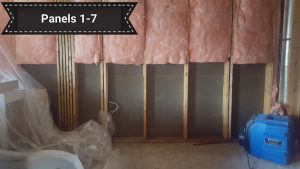 Make sure you’ve read yesterday’s part 1. Regarding my being ignored – to be clear, it was the construction company ignoring my requests for info regarding dryness of the house, not the insurance company. Our insurance adjuster, M, has been very communicative. I am not here to shit on the humans at the front lines. I am after Big Insurance.

Back to May 7. My mother receives the one-page letter from Big Insurance, notifying her that they are not renewing her policy because of the frequency of her claims. No other information is provided.

This letter was dated May 3rd. On the one hand, the company is providing my mother with a daily per diem because she can’t live on the property. On the other, they are sending her mail to said property. It doesn’t take a genius to wonder just how little attention and care they are paying to the client, when such a glaring chasm exists. This lacking attention and care is precisely why they treated my mother in the most abysmal way.

Between May 8 and May 17, my mother, in her broken English, calls insurance companies. She doesn’t ask me to do this because she knows I am wearing thin dealing with this claim. At this point, we had wrongfully assumed that the Two Claims and You’re Out bullshit was in fact a policy of only my mother’s insurance company, rather than what it actually is – an understood and shared policy across all standard Big Insurance companies. One which they are not legally obligated to disclose to you UNLESS YOU EXPLICITLY ASK THEM. And, I would bet my life on the fact that they will say that It’s not a policy, but a possibility which we have a right to exercise after we review a client’s history. I wasn’t born yesterday. I understand loopholes.

On May 17, momma broke down and told me she couldn’t find an insurance company to take her. On Monday May 20th, I started calling, and quickly figured out the above reality we were then facing. I spent all day May 21st and 22nd calling insurance companies, still. I wanted to do my due diligence before going back to momma’s insurance company.

On May 22nd, I called her insurance company’s coverage team and spoke with V, a woman at the call center. I signaled that we need them to please keep my mother covered until this claim is closed because it was open TO NO FAULT OF OUR OWN, and this is making it impossible for us to find coverage. She spoke with an underwriter for perhaps three minutes and they said no.

I unleashed into my speaker. I smashed a table. I made it very clear that my anger was not at her, because I’m sure she’s a nice woman, but rather at Big Insurance. She had no choice but to swallow the full weight of my rage. Though I don’t get angry often, when I do – ESPECIALLY WHEN I FEEL THAT SOMEONE IS TAKING ADVANTAGE OF AN ALREADY VULNERABLE INDIVIDUAL – I am an entirely other human being, almost unrecognizable.

I asked her to escalate and have her manager call me.

May 23rd, I receive a call from A, of their client services team. She gave me the name of a “high risk” insurance company (do you think the same owner(s) of my mother’s insurance company may also be owner(s) in this high-risk company? Reflect on what that actually could mean), and told me she would advocate for me with the underwriters. I called the new insurance company who also declined my mother.

She called me later that day to tell me that we had received our second NOPE from the underwriters.

I indicated I was going to blast this all over social media, making certain that as many people as possible become aware of how they treated this little elderly woman. She said she would flag this in my file.

I asked our adjuster if he could intervene and advocate for us, just until this damned claim is closed. He said that he could not. I imagine due to Chinese Walls to ensure no cross-contamination. Which makes sense in some cases, but sure as shit not here. By the way, he found out that we were cancelled from me; his own company didn’t inform him or think to speak to him while we had an open claim. (Still a surprise, even though it is in keeping with the non-renewal letter they sent to the vacated property. Amazing.)

May 24th, I receive a call from M2, an internal investigator. I gave him all of the receipts verbally, and then sent him a comprehensive timeline in writing.

M2 completed an internal investigation and advocated on our behalf. On May 27th, he was able to confirm that they would be keeping momma covered until this claim is closed.

I wasn’t overjoyed because they had already put us through complete and unnecessary hell. I am not prepared to give anyone kudos for behaving AS THEY SHOULD HAVE, after the fact. They only did the right thing because I came in and busted heads; that’s not behaviour that deserves hugs and cuddles. It was the least they should have fucking done right from the start.

To M2, the special investigator, I am grateful. He is forced to clean up the mess created by the company’s policies, and being on the receiving end of such a mess, I know how awful his job must feel. Again, to be crystal clear, I am grateful to every employee with whom I dealt; my beef is not with them who are forced to deal in this shit, but rather it is with Big Insurance.

Big Insurance who, one might argue, appear to be in collusion to push clients off into ‘high risk’ coverage. Recall – this means higher premiums, higher deductibles (usually 2.5 times higher), and less coverage. And, I bet my life on the fact that many of these “high risk” insurance companies to whom “high risk clients” are pushed, are owned by the same people who own Big Insurance. Tell your friends in media that they ought to dig over in this shaded area.

Following is what I will be asking of my MP, and my friend the MP-not-my-MP, and I urge you to do the same, as this is in every Canadian’s best interest. Re Big Insurance, it should be:
.1. Illegal for them to label people “high risk”, but rather this should be done by an independent not-for-profit party overseeing Big Insurance. In the absence of this, then they must be legally bound to look at entire history, not merely five years, and then provide the client with a clear report of their findings and recommendation. The client should have a time-frame in which they may provide a rebuttal.
.2. Illegal for them not to disclose this two claims and you’re out policy (which, even if it isn’t an actual “policy”, it would be easily demonstrable in court that their on-going dismissal of clients for this, renders it in fact “policy”).
.3. Illegal to cancel or refuse to renew a client’s insurance policy while the client still has an open claim.

Big Insurance is, at present, nearly totally unbound, and acting solely in the interest of their bottom line. Canadians deserve better. Call / and or write your MP if you agree. Send them Part 1 and Part 2 for background info, if you wish. Don’t wait until it happens to you to start advocating.

As for Phase 2? On May 28th, the construction company told us that they cannot begin ‘best case before 6 to 8 weeks, worst case not before 8 to 10 weeks’. Oof!

Tomorrow, I’ll do a wrap-up. Thanks for reading, for supporting, and for sharing your own hellscape insurance stories. ❤