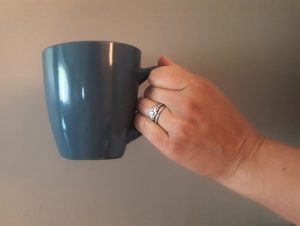 Preamble: To anyone who would defend a Muslim ‘leader’s’ hiding of his wife, and active pursuit of women other than his wife, because ‘TECHNICALLY FOUR’, know that your voice is not welcome here. My issue is opacity with the intent to willfully misrepresent oneself and mislead women; behaviours which here render vacuous the ‘right’ to ‘TECHNICALLY FOUR’. No cherry-picking here, most especially not when we are speaking about community leaders who enjoy a level of pre-approval because of their positions. Their behaviour, this behaviour is spiritual abuse; again, if you are about to comment in defense of this, then you. Are not. Welcome.

She mentioned it yesterday morning and it’s been on my mind ever since.

We were discussing the Muslim ‘leaders’ who never even allude to their wife, as opposed to those who always have them by their sides. Regarding the latter, she said “They bring their wives as protection.”

Power and station are, for many, aphrodisiacs. Religious leaders and scholars are neither immune to the trappings nor unaware of their particular draw and cache. I am completely and totally unaffected by celebrity, as many of you know. A person is a person is a person. However, I will be the first to admit that I likely wouldn’t know what to do with myself were I to meet Hamza Yusuf. Just like the time I met Imam Zaid Shakir – I became very shy and quiet after the initial salaams. The character of these men is so astounding in a world of such filth and moral decay that I become completely awed in their presence.

These men, along with Ingrid Mattson, Jeffrey Lang, Brother Ali, Dawood Yasin, Hatem Bazian, and Yahya Rhodus are the standouts. No contest. They are also proper scholars, which is why they are leaders.

Others are leaders by virtue of some deenly knowledge, but they are not scholars. They are well known, because they are hip and they are charming. They have also made the deen itself attractive in a very particular way to certain Muslims. There is among them a well-known cache of the men who are married, but who you would never know are married. They are very engaging with single women, and they never bring their wives with them to any gathering. Two of them pursued me for a while until I discovered they had at least two wives at the time; one for each port, I guess.

Another humble guess? That you’re using the veil of Islam to hide your wife, and right next her is where we’ll find the rest of your filthy misogyny. WAllahu a3lam.

Now. When she said “They bring their wives as protection,” she was speaking of the Hamza Yusufs and the Imam Zaid Shakirs, and all of those mentioned above, rather than the ones whose names I will not place on this site. The meaning of the passage in the Qur’an is: They are your garments and you are their garments. [Surah Baqarah, verse 187]

Reflect on that for a little, because there is so much beauty in this parable. Clothes are the closest thing to our naked skin. They are protection against the environment, adornment, and comfort. Almost always, they are a reflection of our emotional state. Honestly, isn’t this just a gorgeous parable when you consider your own partner?

Presently in a jumper, hoping that Allah send me (should it be written that I am to be with anyone) a man who will serve as a parka against the cold, and wrinkly linen in the heat.

Today, I am grateful for:
1. Z. She took four steps forward today, her longest walk yet. She was as excited as we were; being around her makes me so very happy. (I found a vintage wooden tea-set made for baby hands and was able to gift it; when mum and poppa are having tea, she can now join them.)
2. Jilly. She makes me funnier than I actually am, and I love that she brings out this side of me.
3. Again, this Sabbatical and the freedom it brings.