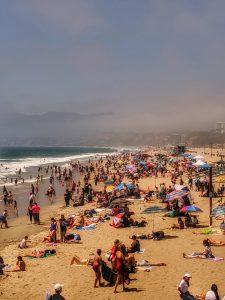 If you’ve lived here long enough, you know that she is my favourite author; I own every single thing ever published. Forever unmatched, we have lost a giant.

After waking up to the news and mourning this loss, I found myself suddenly crying over the motorcyclist. That he was alone when he died. Just completely alone. I am having trouble typing.

I have been Googling randomly throughout the days, looking for information about him. This morning, I found out his name, but didn’t know what to do with the information.

I decided to go for a walk. Six hours, in fact. One that ended in a wave of nausea as soon as I was home. In some people, PTSD manifests physically; I guess…I guess that I am some people.

As I was writing this, I went to the tab where his name is listed, and performed a Google search because the article does not have a photograph of him.

The motorcyclist’s name was Chad McManus, and he was 32 years old. He was the Assistant Service Manager at a Harley-Davidson store. He was very handsome, and I’m going to try to remember the photo of him I found, rather than anything else. I have been thinking much about his family and everyone who loves him. I have also been thinking about the driver who is apparently 22 years old. His life, like every other who is within this circle, is shifted for always.

Tonight, we are going out to celebrate being alive. I hope that you might do the same.

Today, I am grateful for:
1. Meeting Dustin Hoffman on Main St. I think he was with his son Maxwell. Hoffman is absolutely unmistakable, and had stopped to look into the window of jAdis, a vintage film store (which only opens Thursday to Sunday from 12 until 4pm; I had wanted to go in, but discovered their very chill hours). I asked his son if he thought Mr. Hoffman would be okay with my saying hello, and he said absolutely, so I said hi. He is almost exactly my height, with a perfectly white head of hair, and he has the nicest smile. I thanked him for bringing so much joy into our lives, and then skedaddled. Because privacy.
2. Sunscreen. I have been bathing in it, but my face and legs are still the colour of toasted almonds.
3. Pressed juice. It’s everywhere here, and it’s so tasty. I have become partial to Pressed Juicery’s Yuzu Jalapeño, made up of apple, cucumber, jalapeno, kale, lemon, and spinach.