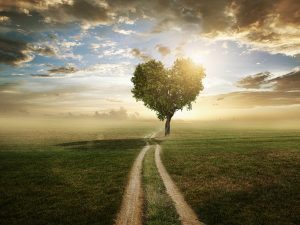 I just told you about my summer, and the man a part of it, over this way. What I hadn’t mentioned was that we met in a more formal and traditional way – through friends, and for the intention of marriage.

Now. To a small handful of beloveds, it was something entirely fucking foreign this idea that one would engage another under such circumstance. Which, I would be a lying liar who lied if I pretended I didn’t get that Huh? Wuh? which came from their eyeballs as their mouths issued the expected WE SUPPORT YOUR CHOICES, just like that, in all caps.

Discussing this approach a little more at length recently, it dawned on me that it’s a worthwhile concept to break down for anyone interested in understanding. Let me preface by writing that I am exhausted. I am so tired of looking for My Person. I have tried all roads, but Allah is keeping the man in the wings until further notice. I am exhausted by spending time with men only to come up meh. I am exhausted by that initial conversation, the starting all over again, the ending all over again. I am so fucking spent, I might need to stop typing and start painting my feelings instead. And yet, here I am, finally knowing that quite possibly, the traditional road is the only option I will continue to bother with because I am just so tired.

The wo/men, they are pre-vetted and pre-approved. Our friends know our insides almost as well as we do, and so when they point at somone and go Look Over There, we know they’ve already gone over the idea from all sides before floating it. Because it’s not a run-of-the-mill blind date for purpose of getting a ‘boyfriend’, but rather a mature and logical conclusion to You two? You two might be gooooooood because your personalities and energies and temperaments look like they might jive! Here’s a photo. Go see, please and thank you. This? This takes 37% of the work off of our shoulders. So, being as exhausted as me, 37% is hella welcome.

Back to the point of this piece – providing a little insight into the process. First, please understand that it is not an arranged marriage. Meaning, while the intention is marriage, the end result (to marry or not to marry) is in fact a joint decision by the two parties. Also, this decision should not / does not get pirated by either parental party. (Most especially not if you are doing it the Muslim way, rather than some weird cultural way, which is often in the service of silencing the woman’s voice.)

Second, do note that the short of it is simply: I am here to get to know you, without fucking around. Also, I am getting to know only you at present. Translated into modern-day dating, this takes the awful and so often damaging-to-hearts guess-work right the fuck out of the situation. Rather than sitting around wondering if s/he’s messaging you because s/he’s bored, you know that your intentions are to get to know one another, that you might decide if you want to keep getting to know one another more and more and more and more. More importantly, when the two people have an open conversation and agree to plant their feet on, and walk down this path to possible get-down get-downs on the regular, it is implicitly monogamous. This, a seemingly shocking concept in the days of endless swiping and more swiping. But to me, a woman who values loyalty and honesty above all else, and as someone who believes in marriage, this to me is a welcome balm for my heart and comfort. If this makes anyone uncomfortable, that is on them, not me. At the end of the day, I only need for this to make one man comfortable. And I trust that Allah is leading us to one another as I type this very sentence. (I mean, He might not get us to one another until we’re 59…but I am still a committed believer.)

Third, the long of it is that there is no pretense and no one’s goddamned time is wasted. You can ask any question you want, and you can lay shit out as you need to lay it out. There should be no lying, and there should be no holding back. Truth told, it’s actually one of my favourite things. I call it Question Period and usually start it off with apocalyptic questions (Which of your two daughters would you save if you could only save one, and why?), then move on over to the fantasy questions (Kill / Fuck / Marry Superheros. GO!), and end in the values questions (What are you doing to make this world a better place? I am an only child and need my own bathroom; how do you feel about this? Do you believe poor people just didn’t work hard enough? Views regarding trans rights? I might need a closet for all of my chucks; are you okay? What is your opinion on FEM-I-N-I-SM? How do you handle illness? Etc., ad infinitum). Even better, and because you need to know that your are compatible as much as possible, all subjects are on the table, including the sexy ones like ‘Can we talk about my guilty pleasure? Fried chicken’.

So again, in essence, it is dating, but distilled. One way to think of it is as the parfum vs the eau de cologne versions of getting to know someone. We all have check-lists, right? (Liars, please put up your hands, too.) This way of learning someone presents the opportunity of running down that check-list faster than you would when you are all caught-up in a hormonal surge of romantic chemistry and whatnot.

Sidebar: Don’t get me wrong. I am the biggest fan of romantic chemistry and whatnot. In fact, possibly to my own personal detriment. And, where romantic chemistry and check-lists collide, that’s the perfect match innit? All I mean here is that I and others have, outside of the above kind of scenario, wasted unnecessary time on someone because of the chemicals and nothing more. And these situations, they usually end with a feeling of wasted time (but inshAllah lessons learned).

The happiest and most loved-up couple I know? They are N & A, who met just this way. Inside of 11 months, she had trans-Atlantic-ed her ass and they got married. They knew they were compatible emotionally, intellectually, and spiritually. Chemistry was confirmed as top notch, and they both wanted to be a part of a team to love, honour, and take care of one another. Why the fuck wait?

By the way, moving in this direction, it’s important for the couple to agree on what ‘marriage’ actually means. This is an often ignored part of the conversation. Take me as example (because I am my favourite subject) – marriage isn’t about romance. It’s about freedom with My Person, and a commitment to work together to overcome all incoming obstacles. It is having each other’s back even when you don’t like one another. It is kindness. And, it is watching Netflix at 3am, holding hands and sharing the last piece of cheese. Really, it’s a lot of sex with your best friend.

Let me close with a simple secret – had I been eau de cologne-ing with the man of May, I would have drowned in that for many many many more months, possibly longer. Because it was a parfum version, I was able to streamline that shit, pack my bags, and walk away a lot faster, alhamduliLah.

Me, I will continue to be the first in class to raise her hand and nod yes when my friends say I want you to meet someone whose looking for someone who he can hold hands with while watching Netflix at 3am and eating cheese. When you’re both in your 60s. Cool?