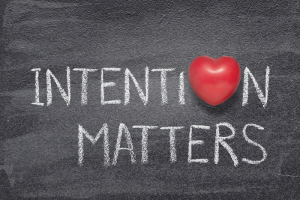 The Fragility piece generated a lot of very shy DMs from women regarding the following – “The alternative is to engage men about whom I could not give a shit; long weekend men who, were the earth to split and swallow them from my life, I might not notice. Because such men cannot hurt me, right? Because it is only those who we value, who possess the power to inflict harm.”

All of the messages have come from women who in fact do engage men whom they perceive as value-less, and all of the messages reach the same conclusion that I reached only after I was beaten over the head repeatedly – they can do harm, too. And maybe even more harm than the ones we would be more inclined to view as value-full.

Look. I too, in the past, have gone dumpster diving for a myriad of reasons – being overly romantic, feeling lonely, being sad, not wanting to be alone, wanting to wear a new dress, wanting to feel a man’s gaze, be surrounded by male energy, he was so hot it was absolutely necessary to do so on behalf of the sisterhood, ad infinitum.

But. But. But. I eventually figured out that really, truly, any individual to whom we extend space, is made – by this very extension of space, value-full. Science backs this claim; the push is physiological.

Can one work to diminish how said physiology then translates itself onto our emotional and spiritual health and well-being? Of course, should one wish to do so.

Which is where the commitment to myself to (as often as possible) only make Deliberate Choices came into play.

For some while, I had been making very poor decisions regarding men. I forced value into those who did not earn it. I am an eternal romantic, I see the best in people, and I believe all are value-full unless they prove otherwise. Within these three character qualities** of mine is where my errors in judgement lay – I can believe these things, but it does not mean I need to date these things. Novel idea! (**Complicated during the last five-years by a hormonal twist of female luck called To Want A Baby So Let Me See How Low Can I Go Hurrah!)

It took me nearly ten years to see this simple truth because I am bona fide demented.

For the last two years, however, things became crystal clear, and continue to do so. Though I sometimes saucer-eye a man and over-romanticize his reach and ability, I am no longer willing to date said individual.

This, it is not a judgment on the choices of any person outside of me, but rather a respecting of how I am built, and the decisions I needed to make to keep my world peaceful and enriching. Even in my platonic relationships, I made the decision to be very deliberate when sharing my time. My network is massive, alhamduliLah, but the people to whom I actively reach out to spend time with are a very limited number, and diminishing as I age. 2020 has made this circle infinitely smaller, because I am no longer willing to spend time with those who do not feel a deep sense of care and responsibility for their neighbours. (Here, a small, yet critical caveat – you need not be of the same faith, racial background, ethnic roots, gender, and / or sexual orientation as those for whom you stand and fight, those to whom you extend love and care in solidarity. You are not a Russian novel, pretending that you can exist alone. And let me once again remind you that where one of us is being oppressed, none of us can consider ourselves truly free. You need not care about all matters, but pick at least some. Mine are Palestine, Islam, women, and Black Lives, and as many of their intersectionalities as possible. Choose yours, and then gently walk this dunya to make it better for others; as good as it is for you.)

Back to the subject matter at hand. Take the above and place it on a foundation of humans are creatures of habit. When you spend enough time with someone, even someone you don’t particularly adore, that time will become a habit.

Meaning, time spent with someone ceases to be an active decision you made, but rather a comfort zone into which you have settled, and inside of which you are more likely to atrophy. Because inside of deliberate choices are where we find: Responsibility and accountability for our actions. TA-DA!

I am accountable for my time, and take this responsibility to myself very seriously. What I refuse to do is to be caught-up in a treadmill on which, when you ask me Why I am doing a thing, my response is either incoherent or worse yet, non-existent. I don’t always succeed, but I keep trying.

I am doing my hardest to never respond to a question with: “Just because.” If I “Just because,” then I cannot understand the impetus of the thing. And I am, if nothing else, a Libra (OCTOBER 16, it’s my birthday), and a cerebral creature most turned on by someone equally so.

Existing without intention is, to me, a laziness of spirit. It is, to me, choosing comfort over growth and challenge, neither of which are welcome in my world.

Above written, I fully understand why others choose these spaces – the world is already exhausting enough as it is. To actively add a layer of even more challenge is almost bordering on unhinged. As my mother constantly states, I carry the ladder sideways.

But you know what’s great about carrying a ladder sideways? You need bigger doors, which bring in more fresh air.