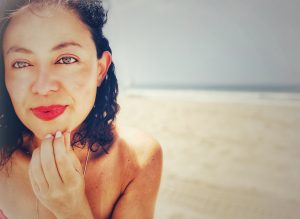 I felt it would be a good idea to bookend this trip with the same sort of images. Today, though it started off quite rough, has ended in a far better place.

Noreen and Jennifer helped me carry a rather heavy heart this morning; the former in DC, and the latter in Paris. I was struggling to shoulder it alone, and it felt like my nervous system was refusing to kick in because it had to attend to a ghost year’s trauma. AlhamduliLah.

Last year, at this exact time, my nervous system kicked into high gear. It had been lied to for an extended period of time, and though I was willing (maybe the word is I had wanted) to make 60 excuses, my body was refusing every single one. Poppy and me had a run-in over it, in fact. Our first and only. She wanted me to Say something because I saw something.

I didn’t. And the matter played out anyway, in the only way it should have. Allah cleared my path of much garbage, even though I really had become comfortable sitting in the dumpster, and had tried to stay inside though all of my family and every single friend was yelling at me to get the fuck out. I kept saucer-eyed staring at them saying stupid shit like BUT IT’S WARM IN HERE, DON’T YOU KNOW?

I was proper demented.

Which brings me to my question. Do you pay attention to your nervous system? Do you respect what she is saying to you, or do you try to negotiate with her? That was the last time I negotiated with her, learning YET AGAIN that she is always right. Because really, the nervous system always knows before the rest of us is ready to catch up with acceptance.

I mean. Truth told, Allah has since only placed individuals into my world who calm and balance my nervous system, rather than make her lose her fucking mind. It’s been so refreshing and wonderful.

And the nervous system, in the same way that our brain doesn’t distinguish time from one event to another, it too doesn’t distinguish triggering events. Meaning, what I saw this week – Sunday’s death, and then yesterday’s overdose – are both completely mind-bending, right? So far out of the realm of reality that one would happen, let alone two in such close proximity to one another, right?

You know when it was the last time we had such mind-bending shit?, my Nervous System asked this morning. RIGHT NOW August 2018, and March 21st, Sis. That’s when.

It was Jennifer who made this very excellent point this morning – that the translation of this week’s two events on my body are the same as what happened to my nervous system in August of last year and March of this one.

It was Einstein who wrote “the dividing line between past, present, and future is an illusion”.

Today, I am grateful for:
1. Having eyeballs. There are really nice things to see in this world.
2. Natty and Brian, who sent me the absolute GREATEST voice note this morning to remind me of how loved I am. Thank you for ballooning this heart.
3. The Block Universe Theory, which proposes that all things happen simultaneously. Look it up, if you dig Einstein, like me.