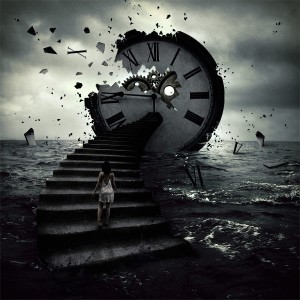 The early years after my parents fell out of love with one another and divorced, I didn’t much act out against my mother. One way I did act out is that I played a little on her need to ensure I never felt excluded in life-things, in general.

Not wanting for me to feel as an awkward outsider (since divorce made me an anomaly within our own tragic community which often hates women and loves to see them struggle, especially the ones as physically and heart beautiful as my mother — but more on this another day, as it deserves its own article), she actively went out of her way to ensure I was living a “normal” teenage life, aged 13.

Sometimes, this was awkward and challenged by cultural overtones. Most notably the time she finally decided to let me have a Christmas Tree.

Christmas is not a Muslim holiday. We love Baby Jesus (pbuh), the immaculate conception, the manger, and especially the Virgin Mary (who is the only woman mentioned by name in the Quran, with an entire chapter devoted solely to her), though to Muslims she had no Joseph, and she too was an independent single mother who struggled and persevered as a woman alone. Dear Men of The World: Mary didn’t need a man to survive, y’all.

Like the suck that I was and sometimes still am, I wanted a Christmas Tree.
Because…
They are so shiny and fluffy.
They smell nice
They come with presents.
They have a twinkling star.
Little elves live inside.
Angels sit atop them.
With one, I will fit in.

I argued that because I have a tree, I wouldn’t suddenly believe that Jesus died for my sins but rather that I own and am responsible for all of my choices; I will continue to believe that the way to Heaven is through God and good intentions; and, I will still accept into my heart all of the Prophets, including the unnamed ones.
Etc.

One year after the divorce, my mother caved and surprised me with an awkward Christmas Tree. Crooked. Small. Sad. But a Christmas Tree nonetheless. We covered it in shredded sparkly tinsel that got into every corner of our apartment. Pretty sure that at one point, I was nearly suffocated by a stray piece.

We added an angel on top that I may or may not have made out of a barbie. I sat and stared at the Christmas Tree for hours, and every night, I would turn its lights on and think: I belong!, which slowly morphed into: I belong?

Pretty sure it didn’t help that it was February.

I kept hoping that something in me would be transformed. That I would majically fit in with my surroundings. I was so adamant that I slept next to the tree, and though my mother might deny this, I maybe didn’t bathe for a few days. In short, I was a hysterical psychotic who quickly realized that belonging had nothing to do with objects, and everything to do with what we aligned our hearts.

From that very young age, I quickly recognized and accepted that when our actions are at balance and in-step with our belief system, we are presented with emotional calm inside of which we find clarity. This is when our hearts are at rest, when they are cradled perfectly in the tear-drop of God’s protective custody most fiercely.

This last while, things have served an emotional challenge because my heart is imbalanced. She is adrift.

Only a bit, because she is being dislodged by thought, rather than action.

For a girl who fights tooth and nail to live daily her beliefs, and not simply pay them lip service, I am being tested in a way I didn’t think imaginable. Had you told me last Fall that come Spring, I would be standing in front of this challenge, I would have checked for track marks between your toes.

But here I am.

Thinking how it was only recently that scientists confirmed the heart organ, like the brain, has neurons – over 40,000 in fact — and it communicates.

Isn’t that the most amazing thing?

…while listening to them is an active choice which we must make, tempered with responsibility for others and humility in general.

With all of the above, and as already mentioned, but here I am.

Heart and mind functioning at different rates, and to different rhythms. While I am doing my best to find the clarity so that I may also see a road ahead, I am too drunk on my heart’s message to do anything but sit quiet and ask Allah to clear the rubble over which I might trip and impale this little heart which otherwise hears Him so clearly.

Most important, that He might forgive me for the otherwise static.

“When I am silent,
I have thunder hidden inside.”
– Rumi