Know-It-All: Scared to get back in the dating game 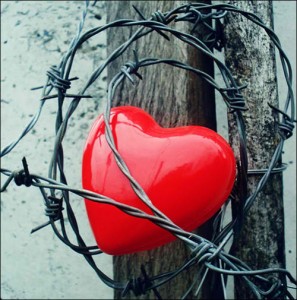 Editorial note: The following is from a very dear friend and so I have much more information than she has provided in the letter. In order to understand my response, what you need to know is that her last substantial relationship was an emotionally devastating one; to finally exit said relationship, she needed to break a cycle of emotional abuse levelled at her over the course of years. This abuse was intended to do two things in a domino effect: (1) belittle who she was and what she represented, rendering her person never good enough; so that, (2) she did all of the work to be “good enough” so that he would love her “enough”. The reverberations of this abuse continue.

Maha,
This is how it happened.
Monday – last day of texting.
Last evening before going out I decided to write him and tell him [some v big news] that we should celebrate over drinks. He wrote back congrats and suggested tonight.
SO- I sort of asked him out. Which I hate. I mean, he initiated the whole thing…but I put pen to paper. That makes me feel vulnerable in a way that I dislike immensely.
He did volunteer to come all the way to my hood which is far – and nice of him.
That’s a bonus.
I don’t know…I just need to remind myself that it’s a meeting of two people nothing more. He has to charm me just as much as I have to charm him.
I just feel like I like him a lot already based on our chemistry last weekend and I want it to go well.
Thankfully we are meeting at 8:30 so I have time to do […] prepare. He [does something I like] TOO! Eeeeeeeeeeeeeeeee! See? I have a problem.
Love,
Juliet**

Alright. So…I think that there are a few things going on here. Before you dive in, I want you to know that I want you to have everything of which you dream, including a man who pursues you all across the board. (Here, I listed all of the ways in which the above man did very clearly pursue Juliet.)

That said, I have a sense that the pendulum for you has swung in a fierocuous other direction after the last time you cared deeply about Mister X. In that scenario you were the one left to hustle and hustle alone in order to receive approval. I believe that the consequence of this is that your headspace now finds itself on the complete other side as a means of self preservation, having convinced itself that it should never ever be the one to make any move. That you will never be the one who seeks approval, negotiate, sacrifice, make a change. That none of the work required will fall to you.

Because he is the first man about whom you have shown a genuine interest since Mister X, I understand completely and entirely your fear of engaging anyone in a way which would place you back into the same sitch as the one with Mister X. With this in mind, and after establishing that he has in fact pursued you thus far, I want you to be alright with sometimes doing some work (to meet him half way), while other times doing none of the work, and some other times not letting him do any of the work.

Babe, in order that you may engage in a healthy relationship, here’s what you need to remember for both this man and the ones who follow, until you find your Person:

1) The only relationships which are one sided are the abusive ones. If you sit back and refuse to do anything, then you have turned yourself into Mister X. Further to this, imbalance is not fair – it does not give you the room to give generously, and it does not afford the new man the room to receive with equal grace.

2) Mister X is one dude. He is not every dude, he is not some dudes. He is merely a dude who – if you let him bleed all over other men – will continue to be a factor in your life. To treat other men from the starting point that they may be Mister X diminishes from who they are in direct corelation with giving Mister X more power and presence in your life still. To keep both the power and presence of Mister X in your past, with him, is an extremely difficult and challenging thing to do (I know, because I have struggled with this exact scenario myself, as has every single woman on the planet who has dated more than one man.) This is a little bit of a jihad – where you actively fight the impulse of painting all men with the sick wierdo behaviours of Mister X.

3) Open yourself up to this all the way. YOU LIKE A MAN!!! YOU ARE EXCITED ABOUT A MAN!! YOU ARE WORRIED THAT HE WILL NOT LIKE YOU AS YOU LIKE HIM WHICH IS…YOU ARE WORRIED ABOUT BEING REJECTED!! (I am not yelling, by the way, I am really super excited and all I can think to express that is caps!! BECAUSE THIS IS THE FIRST TIME THAT YOU LIKE A MAN THIS WAY SINCE MISTER X!!).

4) Don’t let this possibility scare you. Be open to everything and anything all across the board starting at this is just “a meeting of two people and nothing more” all the way to “this might be my person” and then let the chips fall where they may. Just two nights ago you told me not to plan, but rather to let things happen organically. This was excellent advice of which I am now reminding you.

5) I am so excited that you are going out with a man about whom you are excited. It has been years, my love, and you deserve this excitement. It is right and it is healthy and it is necessary because it is the Universe telling you all of these things and it is a sign of moving forward (not that you haven’t already, but you and I know that this is different). Please don’t overshadow this excitement with fear, and should the worst happen then we’ll deal with it at that point.

I understand and hear your fear, and you may choose to sit back and remain in a safe space without engaging for the rest of your days. Thing with that is, you are self-inflicting isolation but you will still eventually get hurt – if not by your own actions, then by a million other things which will come at you, not relationship associated. Hurting is a part of life, and the end goal can not be happiness and security, but rather living which entails feeling as many of the things which this world’s emotional spectrum has to offer.

I have said this before and will remind you of it – this man, the one with whom you are going on a date? He may turn out to be a complete sh/t. He might have bad breath, bad manners, or simply a bad attitude. The man after him may be a Conservative. The one after that might still live in his mum’s basement at the age of 42. Chances are that you will go through several more men before you finally find your Person (and I know how much you want to find said individual). There are a plethora of reasons for which he and the men to follow may not be your Person.

The good news here is that this is about you, not them; more important is that this is about you, not Mister X’s residue in your world. So, every one of these men, should they not work out then your rear-view mirror must view them as a set of training wheels and nothing more. As with Mister X, there were many lessons learnt and your choice at every junction was to use those lessons to either become a kinder heart, or a more hardened one.

I think that a majour component of life’s struggle is the direction in which we choose to point our hearts. Jaded, scared, bitter, angry, kind, understanding, open and vulnerable, are all directions in which you choose to point your heart. Several studies continue to show that most deathbed regrets are centered on all that which people did not do (for fear, for shame, for a multitude of reasons). Keeping that as the foundation on which you place your heart, then carefully choose in which direction you prefer and run with it. So that when you’re dying, you won’t regret it. Like, on your death-bed dying and not just a metaphor for your dying. When your ahunret or something. For serious.

All my love,
M

4 thoughts on “Know-It-All: Scared to get back in the dating game”