“Mistakes are the entrance of discovery” 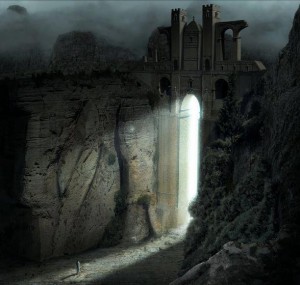 As equally as I believe that we all need to be responsible for our bad behaviour, I too believe that almost everyone is deserving of the space to make mistakes, and then make amends. If I didn’t believe that more often than not, good people will sometimes make bad decisions, I think I would run to the hills and never deal with another human again. To me, if I didn’t believe this, then every experience I have in this world would be nothing but sandpaper against my heart.

Regarding the first point above, I know someone who, though I adore her, has only actually once ever taken responsibility for something which befell her. Always, there is someone other to blame. Always, the world has sold her short. Always, she did nothing wrong. Always, I can’t believe this is happening to me why is this happening to ME?

Not once have I heard her ask: What were the things that I did which contributed to my current state of pain/anxiety/anger/sadness/confusion/trauma, etc?

Her character is not one to which I aspire, and I have often said to myself ‘this is something so-and-so might say or do, so you need to stop behaving in this way.’ My allergy to this part of her runs so deep that were you to hand me an epiPen, I might try to stab myself in the eye. Where there is no epiPen, I instead initiate the following action items (but only because the situations in which I have found myself are normal and not ones where I have been the subject of emotional abuse, because such situations can not be covered with the following):

(1) I write an exhaustive list of all the things which I perceive as wrongs committed against me.

(2) I counter as many of the items as possible with an equally exhaustive list of every single time I allowed / encouraged / supported said things to be a part of my life.

(3) The items on list 1 which were not met by items from list 2, I stare at in wonder and surprise, then stare at the wall, then eat a cookie or 12, then maybe a bag of kale chips and finally, I look to understand — never justify, but rather explain from a place of compassion and love — the behavior of the other individual.

(4) I paint my feelings. Or maybe I write about it. You decide.

Anyone who knows me knows that I am a bona fide hammer in a velvet glove. When I feel as though a friend has done something which hurt me, my response is oftentimes extremely harsh. Until I get over it because I have no doubt that there are many times when my friends have in the past, and will in the future, want to poke me in the trachea in equal measure. And, even when I don’t like my friends and I want to yell “ARE YOU FUCKING KIDDING ME WITH THIS SHIT WHAT WERE YOU THINKING?!,” I still love them.

It’s important to note that the above actions list does not mean that when someone commits a wrong against me I respond with a warm hug. Nor does it mean that my goodwill can be taken advantage of (for too long) without consequence. Most important, this has very little to do with the other person. What it is, is it is a reflection of how I wish to be when in my natural resting state. Meaning, the above action items can sometimes feel like a repeated scrape against my weaker eyeball and I would like for this to change; rather than it being a painful exercise, I hope for it to one day be my natural default position. Just like a proper hippie high on love and life and all manner of Sufi expressions (without the whirling Dervish parts though I wouldn’t mind one of those hats please and thank you).

As a woman who Believes, this world is but a moment of my real life, to which I will awaken after death; I have been raised to treat people accordingly and as often as possible from the purest place inside of my heart. I apologize when I have hurt someone, I accept the apologies when they are issued, I acknowledge my faults + defaults, and I make as much room as possible for both the faults and the defaults of others. I hope this makes me a better person in this world, and earns me a basement room in Heaven in the next. In a world where most people take the all-too-easy road of hardly ever owning their shit, I truly believe that if more people actioned the above three steps, this world would be filled with much more love and light. And no one — not even the abusive 1% assholes — could (winningly) argue that this could ever be a bad thing.

(Side-note: Where you cannot do any of the above immediately because the pain you might be feeling runs far too deep, then at least make the above a goal for your future. You deserve the lightness of heart which such living and mindfulness bring. Trust.)