I’m typing this while seated at Austin’s best coffee ‘house’ – which is, in fact, more like an open air wooden wanna-be-bar. Really, Jo’s looks as though it has the dream of being a bar when it grows up, only its growth (lucky for all of us) has somehow and somewhere along the line been emotionally stunted. Instead of being a bar, it sits as The Place That Serves The Greatest Fkn Chai Latte Ever But Has High Hopes It Will One Day Spike That Damn Chai.

Taste gracious as that may be, I’m not drinking chai. Instead, I am drowning myself in chamomile citrus tea and a truckload of honey because today is the first in four days where I have started recovering from some perverted disease that began as a throat / ear infection, then took its gloves off and quickly became a chest / sinus motherfkr. Also, I’m eating a jalapeno pepper cheddar cheese scone, which tastes as great as anything can taste when one’s sinuses are taking a nap at the bottom of their feet. 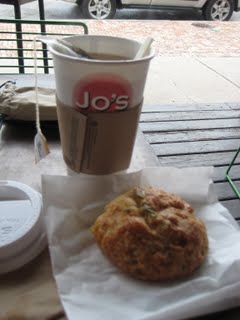 Point is, I made it to Austin.
I am here. Hurrah.
(And tomorrow I will be seated at the FORTY YARD LINE SECOND ROW.
Have I mentioned this yet?)

On the trip here, I was witness to some of the…fanaticism?…which will surround me tomorrow at the FORTY YARD LINE SECOND ROW. There was a couple on my flight – they were in head to toe matching Longhorns gear (Longhorns have foot gear, made of – can you guess, ma? – leather). For those of you living under a rock, or just in Canada, the Longhorns ‘color’ is pumpkin orange. These two were completely and conspicuously geeking it out in their pumpkin gear. 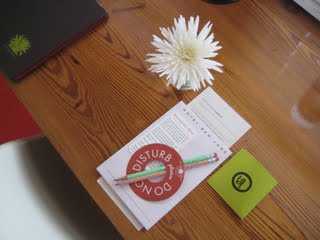 They were seated directly across from me in the wait lounge and I thought to perform my own secret Longhorns-specific handshake, but boarding started (I place my index fingers next to my temples and pretend I have longhorns – I plan on doing this every time someone looks at me during the game tomorrow).

But what comes after boarding, kids? That’s right! It’s The Plane Ride Of Death At The End of Which Your Ears Might Explode Off Your Head.

In preparation for tomorrow, I took it upon myself to learn some interesting facts about Football. They are:
the game is played on a field with white lines;
there is a ref or two;
at least two coaches – one of whom is Coach Eric Taylor married to Tami Taylor;
there is a booster named Brad Leland pretending to be Buddy Garrity, only I am uncertain as to how he spells his last name and too damn lazy to Google (I’m sick!);
here in Austin, people dress as pumpkins;
I know the secret Longhorns handshake; and,
People like me.

No doubt these facts are enough to get me through the few hours seated next to strangers staring at a field of men in tights with huge helmets that make them look like bobble-heads.

Tonight, we’re off to The Salt Lick Bar-B-Que Restaurant for some seriously traditional Texas (can you guess, ma?) Bar-B-QUE.

I am excited, as equally as the cows would be my guess.

**********
.1. A few choice pics from my Hotel San Jose and Jo’s.
.2. I will do my best to update daily, but considering how lazy I am, don’t bet your first born on that actually happening.
.3. Comments are still on moderation so will show up either late at night or early in the morning, only (Berry’s off and internet only at the hotel or Jo’s).