Things to do and see in Sydney, Nova Scotia 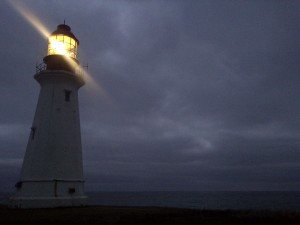 We were there for 48 hours and here’s a scrunched itinerary for those of you on a tight schedule.

First, don’t go in the winter unless you’re interested in experiencing the wild tsunami that glides off of the Atlantic and Larry, Moe + Curly slaps into your face. After my first walk along the pier by the world’s largest fiddle, I couldn’t move my mouth to speak proper. This is not an exaggeration.

Lucky that balancing out this exhausting cold is the warmth of the Cape Bretoners** who occupy the City. Everyone says hello, and everyone smiles at you. EVERY.ONE. It is so very lovely to be greeted with smiles at every turn, and like a true City girl, I wonder what the murder/suicide rate is.

On Friday morning, my boss/colleague/friend/I-don’t-know-what-to-call-him-exactly-just-yet and I jumped into a cab at 6.30am and made our way out to the closest lighthouse, which was an approximate half an hour out of Sydney, and to be found in the neighbouring town of “New Victoria.”

Sitting at the tip of Sydney Harbour, she seduces all manner of sailor to shore. I had never seen a lighthouse up close and personal, and so tried to open her door because who wouldn’t?, only it was locked. Sad and dejected I circled the base willing her to open to me. She did not. I froze my face. I returned to the car.

But not before I went down by the water and took this gorgeous photo which makes me wonder if this is some sort of a plank from which Cape Bretoners chuck the bad people. 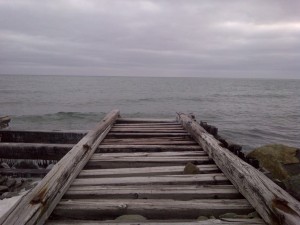 Sidebar: Though we had hoped to watch the sun rise, Sydney was expecting a storm and so all we saw were rolling burbling clouds. That said, I strongly encourage that you make your way here to watch the day break over the Atlantic on a clear day.

On the way back into the City, we stopped at Fort Petrie where the ground is covered by these beautiful skeletons of a particular flower (anyone know what it is?), and something else which checked my gag reflex. Claws! Or legs! Of cockroaches of the ocean! 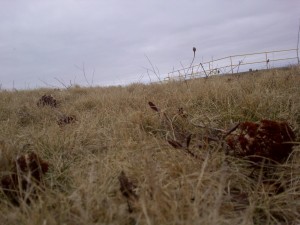 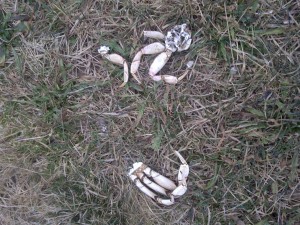 We then went on to see lobster traps, before having a lovely and full day at work. Must admit that I was a little panicked I would find lobster feet/claws/toes/fingernails/I-don’t-know-what-to-call-them-either, in the traps. Luckily, there were none, though I would later have nightmares that I had dinner while a lobster sat next to me, staring.

That same evening, I popped over to the world’s largest fiddle. For a while, I was convinced that I was at the wrong place, because I only saw a massive violin, with no fiddle in view. Lucky for me, my other colleague is v smart, and explained: it is the same instrument, but called a fiddle when used to play jerky music. (I am the one who calls it “jerky,” not her. Because I am not a fan of jigging.) I took photos but accidentally deleted them, because apart from my phobia of cockroaches of the ocean, I am a little brain addled.

After dinner that evening, I cozied down by the window to enjoy the storm, before heading out the next day. Here I am trying to say goodbye while on the Sydney Boardwalk, and failing because the wind was far too strong for my parka… 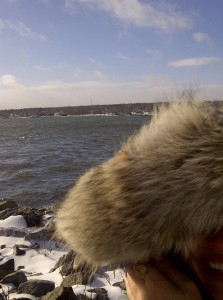 All in all. A super trip I would strongly recommend for a little bit of summer fun.

Additional must eats + sees:
– Anything and everything at the Allegro Grill.
– Pop by the Cape Breton Fudge Co., grab some fudge and a coffee before making your way down to the violin masquerading as a fiddle. The gent at the shop wouldn’t let me pay for my fudge, surely because I was verging on hysterical when I saw their selection.
– Buy something at the Cape Breton Curiosity Shop.
– Marvel at the number of evening gown dress shoppes along Charlotte Street (and try to get yourself invited to wherever it is that these Haligonians party).
– Have the grilled + chilled shrimp at the Governors [sic] Pub & Eatery.
– Take a walk through the neighbourhood situated across Esplanade from the fiddle.
– Have a latte at The Bean Bank Cafe, but only if you sit in either the Don Cherry room or the piano room (where you must play).

…then, make certain to come back and let me know how much fun you had.

P.S. Dear K + F, who took the time to paint the base of the lighthouse: I hope that you will live happily ever after. 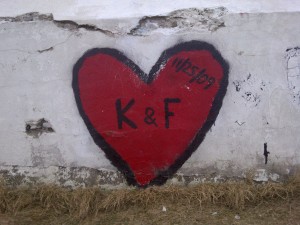 ———-
** Because Janey is from Halifax, and Halifax is the center of the Nova Scotian community for me, I was calling Cape Bretoner’s “Haligonians” until Ben put me straight.

Dear Cape Bretoners,
Please don’t issue a fatwa against me for this now corrected mistake.
Thank you. Love you.
M

24 thoughts on “Things to do and see in Sydney, Nova Scotia”