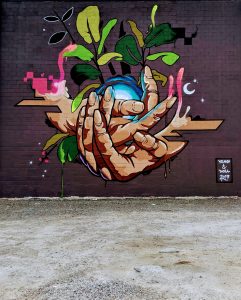 Brand new, also in my hood. Isn’t she gorgeous?

You know what isn’t so gorgeous? Exams. Any and all manner of exams, in fact. But especially, standardized testing (language exams).

As already mentioned, I really love studying. But not exams taking. In fact, I have always hated, and never understood nor been on board with the very concept of most ‘testing’ because rarely does it illustrate someone’s level of intelligence. Countless dummies pass exams (of which I will be one should I pass these upcoming French exams because I have not touched French since 2007), while far too many brilliant individuals do not.

That conversation is worthy of a PhD dissertation, and I am a keen collector of  information regarding how tests are drafted and the way to properly formulate questions so that you are in fact testing someone’s knowledge, rather than testing whether or not they are picking up on a purposefully placed trick.

I will never write anything in French without double-checking my Bescherelle. That I can rattle off a few different verbs and all of their tenses isn’t an indication that I am super-duper at French. Rather, it’s knowing when the fk to use the right tense that tells you how far I may / may not have mastered the language itself.

As equally in English, I have my spell-checker on because OF COURSE I DO. Is having my spell-checker on an indication that I don’t know how to properly use the English language? Does knowing how to spell teetotaler matter as much as using it properly (while most people are using it exactly as opposite to its meaning)?

Right. So clearly, I am a little angry. Exams turn me into a greater weirdo than I am on any given day. I become extremely anxious all. Of. The. Time. I fixate, and worst of all, I feel like a failure if I don’t get extremely high grades. If I get 85 out of 100, I fixate on the 15, rather than the 85. I am awful to myself and refuse to cut myself any slack.

Anyone have any advice regarding how I might manage this?

Nine days and counting. Say a prayer for your girl.

Today, I am grateful for:
1. Autumn wind. While I hate summer’s blowdryer-in-the-face situation, I love an autumn wind intended to shake down trees.
2. Receiving voice-notes from Bobby.
3. Mindhunter, the television series. Which I am also watching in French. When the time comes, I’m really looking forward to integrating into my oral exam French terminology re deviant sexual behaviour and associated crimes.