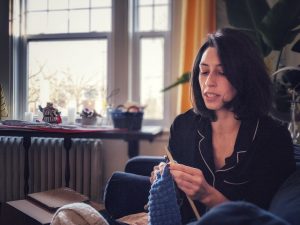 We were agreeing that every little while, couples should check in with one another to ask if they’re still into each other. She mentioned that it was in Germany that one politician suggested the automatic dissolution of marriage every seven years unless the couple consciously recouples. (Source: German politician has cure for 7-year itch, 20 Sept 2007, RTÉ)

A million problems with this, naturally. Also, “there’s no place for the state in the bedrooms of the nation.” Thanks, PET.

But. The theory of it in fact makes sense.

It’s far too easy to take people for granted, and it’s too easy – when someone is next to you – to forget why you fell in love with them so many moons ago. While there’s no immediate fix for a human’s annoying ability to fall into a state of emotional slothiness, there is something to be said for checking in with your partner regularly.

One couple I know begin their every day with a simple “Are you still happy here, with me?”

Muslims are asked to refresh their deen daily while praying. Each day, if you complete your prayers, you recite the shahada (‘There is no god but God (s.w.t), and Muhammad (s.A.w.s.) is His final messenger.’) a total of 16 times.

In order to become a Muslim, you literally have to only recite it once.

Fun Fact! The first part of the shahada is sung by Everlast (a convert to Islam, and a fox) in his and Santana’s song Put your lights on – it’s ‘…and the Angel says…laa illaha illa Allah‘, starting at the 3.40 minute mark.

Sidebar: You know who else is a STONE. COLD. Convert to Islam. FOX? Sonny Bill Williams, y’all. Look at how smart this brother looks – 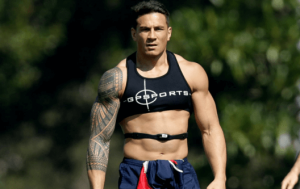 Also, he is happily married with three children, may him and his beloveds remain protected from harm and hassad. Seriously. Because he is easy to covet, so extra prayers for him and his woman.

Haraaming aside, let’s return to the point of this piece, which is that if in Islam, we are asked to consciously on the daily renew our deen and love for God so many times, and if we are to believe that all religions come from the same Source (as Muslims believe), then shouldn’t we reflect the behaviour asked of us in our ethereal love to that of our worldly love?

Meaning, for all you dummies lucky enough to be coupled-up, chek-in and renew always and daily. Love is not a word, but it is an action. Choose it repeatedly, and choose it daily. Ameen.

Today, I am grateful for:
1. My ACTEOTSI today – a one-year subscription to my favourite magazine, the subscription to which I stopped because I thought I was leaving Canada. NATIONAL GEOGRAPHIC, I’m back! Can’t wait to see you soon ❤️
2. Beef samosas. In fact, anything kind of portable ground beef situation.
3. Funny memes. Now that I’ve been off of twitter for a week, I’ve made a concerted effort to seek out funny things in order to laugh before I fall asleep – funny memes are them.