The day I hid in a bush. Seriously. 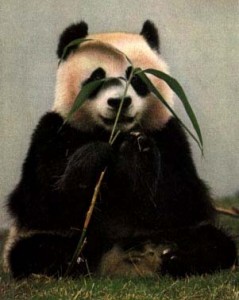 I loved him ferociously.  Else, I would have never stood inside of a thorny bush to spy on him.  Maybe I would have done this and thought it normal if my emotional development had been retarded at the age of eight, or if I had water on the brain, neither of which is the case (though some would argue the contrary), and so really, I must confess that I loved him severely ferociously.

I was going to surprise him with a birthday cake and a belated gift, because he had just come back from a two week holiday during which he had his wallet stolen, and days before he left for his trip, he and I had forgotten that we were broken up and we behaved based on that forgetfulness, and so I believed that the words uttered then (“I love you and miss you”) meant “I am yours forever and, like, ever, and p.s. I have castrated myself in honor of this love.”

Lunatic that I am, I decided that I would hang the cake and gift on his front door as it was a Friday night which he usually spent kicking and smacking at his friends in a kick boxing studio.

But alas, that was not to be.

Instead, I pulled up just as an alleged girl walked up the stairs and allegedly walked into the house comfortably and naturally / allegedly, clearly having been there so very many times before.  So I kept driving (to circle back), believing maybe I had mistaken him for the alleged female…that he had managed to go from very little hair to very long hair, and sprout breasts since we last saw one another. My imagination is riddled with potential.

My choice was clear; pay a random stranger to knock on the door and pretend they were looking for someone (clearly not there) and then report back to me as to who was inside…or stand in the rain, inside of a bush, while my feet became muddied and as I held my breath and tried very hard not to blink because blinking was very loud.

Naturally, the “just go home” option was nowhere in sight because my mind was screaming He just got home!  We were together days before he left!  ERGO! He was with her when he was with me the day we forgot we were broken up! This rain is really going to fuck up my hair!  He is a lying liar who lied! This rain is really going to fuck up my pedicure, too!  He told me he only turned the ‘special stars’ on for me!  Why are bushes so leafy?  Why don’t I carry binoculars?  Is my mascara waterproof? Is my hair going to get tangled, and am I going to get stuck in the bush because of the tangles?

Recognize I was not at all worried about being caught because really, I mean, if someone had offered me the Invisibility Cloak, I would have rocked the shit out of that cape and perched my, on this occasion, clinically insane ass inside of his house to confirm that I had in fact seen a woman enter. Also, in my invisibility cloak, I would have probably started throwing random objects around his house.

Because I am clever, I decided to get a little closer, and so I left the bush and  shimmied quickly and stealthy-like along the wall in full and plain sight, then dashed across this lawn to hide behind a tree.

Because I am clumsy, my right flip flop dashed much faster than I across this lawn and so suddenly, I wasn’t merely a crazy person, but rather I was also half barefoot in plain sight behind a tree 1/3 my size.

I stopped to contemplate flip flops or barefoot?, but didn’t to ponder normal or insane?.  Really, I was thinking I was some Smooth Criminal and that this behavior was acceptable.  (The people with whom I shared this tale never questioned my sanity either, except for one, only she doesn’t really count because she’s an adult and adults are smart like that.)

I decided to return to the trusted bush so I removed my flip flops and ran for it, as any Smooth Criminal would have done.  Back in the bush, I found the perfect viewing spot for the crazy; I stood, like a torture victim water dripping on my head, legs bent at a 27 degree angle so I could look through this one perfect spot and see nothing.

Because nothing was precisely what I was staring at – I was merely waiting for the body or bodies to make their way from the kitchen to the living or dining room.  What I was waiting for was confirmation that I had in fact seen a second party enter the premises and this creature was of the female persuasion.  I wasn’t interested in seeing them do anything or stare at them like a sad little mime as they watched television; in that moment, I just really wanted and needed confirmation.  Obsessively. Compulsively. The drive and need were overwhelming. Luckily within a few minutes, I received the confirmation.  First he walked into the dining room with a plate and a glass, and then a long-haired woman followed with the same.  The ‘special stars’ were a romantic edge; I knew this and so had no misunderstandings about the nature of what I was seeing.

The moment I saw, I sloshed my bare feet out of the mud, and said my thank yous and good byes to the trusted bush.  I walked barefoot back to my car, took out the cake and the gift and gently placed each one beneath each of the front tires of my car, and drove over them before continuing directly on to my best friend’s house sopping wet, broken flip flopped and hearted, and with terrible hairstyle and fucked up pedi.

My best friend wiped my tears, wrapped my hair in a towel, and fixed my flip flop, all the while as in shock as I about the news. The news that he was with someone else, not the news that I was a crazy person Smooth Criminal.

Editor’s Note: Since the night in question in 2007, Miss One Female Canuck has neither returned to the scene of the crime nor has she attempted to bushwhack. Furthermore, she has not since driven over a baked good and wishes the “he” of this story only the best in everything and hopes “he” finds the truest and most fulfilling of loves.