Know-It-All: Dumb-f/ck boyfriends and their girlfriends 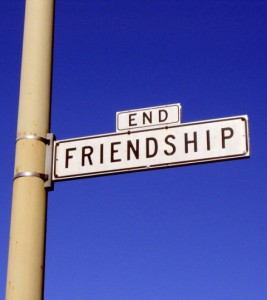 I introed a really good friend who is 36 to a man who is 43, who i met once and is a friend of a friend.

After an initial snag, where he said, “hey we could work” and I said “hey look at my beautiful, wonderful friend!” It all seemed to be working and I didnt see my friend for a good 4 months. Then over Ramadan, I finally had what was supposed to be a lovely reunion dinner with my good friend. Instead she said she had a beef we me. Turns out he has been telling her, that I secretly want him and have been trying to break them up by saying derogatory things about her! He asked me about her past relationship and I told him about her most recent bf, but no details. He’s spun some sick triangle in his head. So I was forced to pull out text messages that he sent me that said things such as “Thanks for the intro to your friend, but I only have eyes for you” and my responses, saying Im interested in someone, give her a chance etc.

She said she never believed him, as she knows me. But she is still planning to marry him (absolutely fine with me) but has distanced herself from me. She also told him she had talked to me. You do a good deed and then get back-stabbed. No apology from him at all.

He also told me he wasnt sure about marrying her recently, while she thinks its a done deal. Sigh.

Here I was thinking she and him and me and my man (who i am planning to work on) would all take our kids to disneyland one day and be friends.

Sorry, I know youre busy, but please answer this dilemma on your blog.

I feel like i lost a friend and have been villianized for doing a very good deed.
xox

Your message made me so angry that I am getting straight to the point.

1A) This guy is so pedestrian in his psychology, it would be funny if it didn’t hurt you so much. He is an insecure dumb-f/ck who, when he couldn’t get you, couldn’t handle the rejection and so rather than manning up and telling his now fiance that he had a thing for you and you just weren’t interested decided to instead spin a web of lies so that she would actively distance herself from you, which would in turn distance himself from you (rejector of his teenie tiny itsy bitsy teenie weenie ego).

Your presence in his world will always point to that rejection, and it will always serve as a reminder that you know the truth: He’s not so hot on his soon-to-be wife.

With that, there are very serious steps you need to take to ensure that he only keeps his damage to your girlfriend and not, say, to a future dude in your life.

Do not respond to his text messages, emails, calls, Facebook pings. EVER.

Keep all of them as proof.

This is not  a joke, because if he ever accuses you of something down the line, you have solid proof to the contrary. Keep your guard up, love.

2) She too…well…she’s such an idiot. God, what an idiot. If she imagines that she is going to live a happy life with this guy, she is kidding herself — but to each their own. I have seen too many people get punched in the face with warning signs and then actively choose to ignore them to their own future upheavals.

Her problem; not yours.

It sucks HUGE that this has happened but it is understandable that she is distancing herself from you. In her world, you have suddenly become the woman about whom her soon-to-be husband lied. Worse, she has just confirmed that he was into you while he was dating her. ICK.

I hate to break it to you but you are the third wheel and you will always be the third wheel. That you have the opportunity to tap out is a blessing if ever there was one. We all have our own problems and our challenges to tackle; the last thing you need to add to that list is to be a part of this unhealthy situation today and forever. There are other friends whose baggage will not drag you down because it is entirely dissociated from you — leave this, and look to them.

This is a woman who is willing to marry a man who created a false liability against the very woman who brought them together; against a woman who is supposed to be one of her best friends and she believed it. I don’t care that she said she didn’t — because if she truly didn’t, she would not be distancing herself from you now.

I can’t say it enough — this SUCKS. Losing a man in a breakup is one thing, but losing a who-you-thought was a trusted long-term friend is a whole other can of worms and it cuts at a far deeper level. I understand that it hurts like hell because your intention was to do good and suddenly you’re facing that horrible saying “no good deed goes unpunished.” But you know what? You have just confirmed an extremely important reality, better confirmed now when this is primarily about her life, than down the line when it could be about yours and about a man you love: when the chips are down, one of your best friends doesn’t have your back.

Babe. This is a realization that, while it punches you in the head and heart and groin, is absolutely priceless so thank God for this. I have always believed that birds of a feather stick the f/ck together, so ask yourself: Do you want to stick to this bird? Or do you want to stick to a bird who is ferociously loyal to your friendship, and who would never question your allegiance?

Do you know how many of my closest girlfriends I don’t trust? None.

Do you know how many of my closest girlfriends would ever question my loyalty? Not f/cking one.

If the answers to either of the above were different even by a hair’s width, these women would not be in my world in any serious capacity. Hesitation in trusting someone means the situation is already broken so get out. Get out now before it destroys you and your sense of self. Allow this friendship to fall to the wayside. Be genuine, be engaging and be well-intentioned always, just don’t ever initiate. Let her do the initiating in this friendship and always hold your cards close to your heart.

If, however, you find yourself in a state of constantly defending yourself and your actions, then lob off this friendship entirely. There is an excellent saying in Arabic which loosely translates to ‘block the breeze and relax.’ If your entire friendship becomes premised on her being suspicious of your intentions with her man, there is no room for friendship. And you’re a smart girl; you don’t need her to articulate this every time you’re together…you’ll know it. In your skin and in your gut, you will know.

This world is far too short not to surround ourselves with kind spirits and people who will ease our hearts and minds rather than constantly place us in a state of tension and anxiety.

Good luck, and with much love,

9 thoughts on “Know-It-All: Dumb-f/ck boyfriends and their girlfriends”