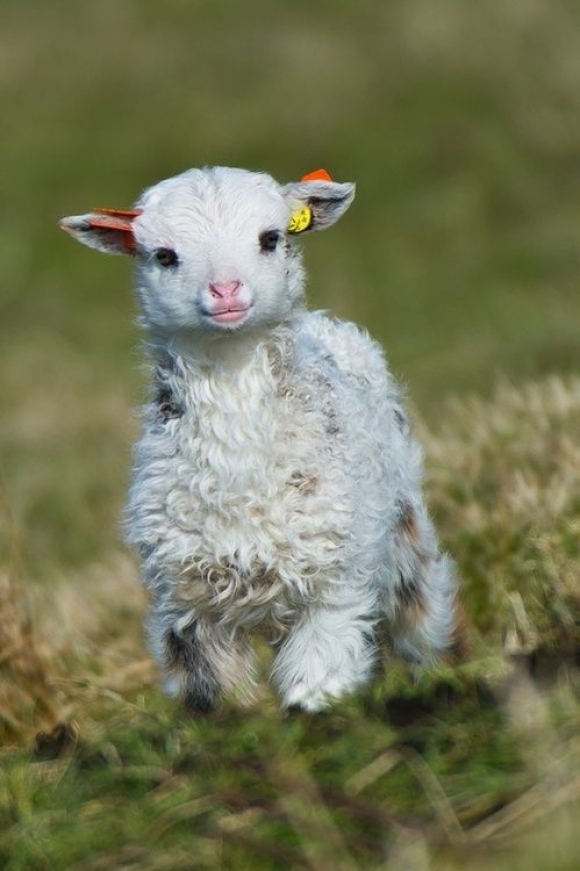 I couldn’t have been older than six or seven years old when this happened in Gaza. It was around Eid festivities and so the family had lamb. Precisely like the Scottish, we too take the stomach of the sheep or lamb, scrub-a-dub-dub it until it is shinier than a new FIFA ball, stuff, sew, then cook it.

I had never had any before that afternoon, and so sat around watching my teeta clean the stomach (scrub-a-dub-dub literally in a basin tub) until it was snow white, and surprisingly jiggly. She then stuffed it with rice, onion and a gagillion different spices before placing it in the oven for a few hours of cooking. When ready for consumption, it was proudly placed atop the dinning room table like a v large soccer ball who had forgotten to wear its black.

Every time someone took a breath, it would jiggle. I stared saucer-eyed at it in stunned and terrified silence; why was dinner moving, I wondered. if I acknowledged its presence respectfully, we could both pretend the other one didn’t exist and we would leave each other to our own quiet lives. I would not eat it; it would not jiggle over into my mouth. It was a simple understanding that did not and still does not require much explanation, yes?

I ate my salad while keeping an eye on the giant wobbly white stuffed stomach. I didn’t speak to anyone, hoping that my silence would invalidate my presence. Unfortunately, and from a v young age, I have been a shining star impossible to go unnoticed. Did you just snort? I did.

Suddenly, my Ninja Momma remembered that she’d carried me around for 9 months and shot me out like a bullet. This ONE TIME physical activity of hers meant that she could coerce me into doing anything, and where coercion was not an option, then emotional terrorism was and remains still.

I was raised with 7,319 Rules. Rule #264 was You Can’t Say You Don’t Like A Food Unless You Have Tasted It Because People Are Dying From Starvation Don’t Be A Spoiled Entitled Brat. There was no escape. Mumma told me that I would be having karshaat; I said that I would not.

She said again, as did I. I looked to my seedo who told his crazy daughter, my mum, that as with religion, there can be no coercion in matters of food. She said she had launched me from her body and she had the right to decide, not anyone else. My grandfather and everyone else at the table told my mother to leave well alone while I sat crying terrified that I might have to chew on the white wobbly object which smelt of lamb.

As with most matters, my mum had her way. Sort of.
She had never done this before, and she has never done this since, but she actually took a spoonful of the karshaat and forced it into my mouth. While I was crying and surely snotting all over my dinner salad.

The result? I threw up. Projectile vomited all over the Eid dinner table while still crying and now definitely with running nose. (Put a pin in it: The snot would have been clear as I was not ill, so not so bad really. Also, I was a shining star child, so it probably looked like diamonds. Snorted again, did you? Yea, me too.)

Ninja Mumma stood stunned as I continued to cry. She quietly took away my dinner plate while her mum and dad, especially her dad, berated her for her insistence that I take white wobbly lamb into my face. My seedo then took my small traumatized body away from the table and instead made me my favourite food – one fried piece of cheese and one fried egg, because I was on a Communist kick and was, in solidarity with them, rationing and walking around shaking with a cold chill in July. In the Middle East, the desert.

Admittedly, I was rather intrigued by the events of the afternoon as until that point, I was unaware of my ability to throw up so rapidly and with such force. I had a new party trick ready for the decadence of Roman times. While eating my sunny-side up egg and chewing on my fried cheese, I said a silent prayer for my mother possessed that one and only time (she never. Ever. Tried to force food into my face ever again) and for the little wobbly white lamb who once could, but now would no longer ever.

8 thoughts on “Muslim families, they’re just like you! *Crazy*”