June 3, 2016 - Friendship - Tagged: bullies, friendship, mean girls, pain of others, self-worth, validation, with friends like these - no comments 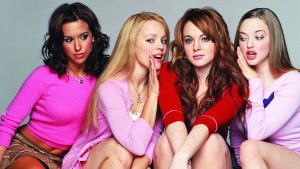 Preamble: I am using the feminine only for ease of writing. Do not misunderstand this to mean that men cannot be mean-girls. Being a little shit is not specific to one gender alone. Ever.

I am fucking livid.

I just discovered that a dear friend of mine was recently mean-girl’d, and so the following is a reminder to her that people whose self-worth is dependent on their belittling of others are people worthy of only pity, never hurt.

I have been mean-girl’d (and certainly have committed this unkindness at some point in my adult life, though I can’t remember the last time I did this on purpose. Call me out if you remember differently). Getting mean-girl’d sucks. Hard.

It also hurts differently than any kind of one-on-one conflict with a friend which is private and treated with much more respect. The very definition of mean-girl requires a group of friends to back-up the shitty behaviour of said mean-girl. An amplification of the pain which is meant to be experienced by the recipient.

Further, it requires someone mistreating you by way of excluding you. And in that exclusion are all of the little ways these sad little people hurt you – talking about you behind your back, making other people exclude you, generally being little shits about your place in this world but through their eyeballs and voice alone.

Mean-girls are little spiders running through their circle web-weaving – you do this and you don’t do that and I don’t want them invited and we are better than the other group of equally silly people who think they’re more popular but we know WE ARE. Which, by the way, isn’t to say we’re not allowed to every once-in-a-while meet someone who rubs us the wrong way and who we don’t wish to engage. But that’s not mean-girl code of conduct; rather, her state of rest begins at exclusion. Usually, no one is welcome until she decides that they are.

By the way, do you know the origin story of Jaguar? How that particular car became a top-of-the-line luxury item, I mean? They were literally a shit car, and rather than improving their engine, they simply cost themselves at a higher price-level. This immediately appealed to a class of people – so many people – who don’t care about quality. Rather, they care about how things appear, not as they are. (Don’t ask me anything about present-day Jags; I don’t know anything but that I love the shape of the old-school XJS.)

Exclusivity and access. Access and exclusivity. These are the hinges of the mean-girl because they have priced themselves at a higher cost and dumbasses have bought into the lie. The mean-girl is the sad little engine who, when tested, will crumble. Who, though she appears to be full of confidence and self-worth, is in fact devoid of both because if we believe that the respect we show others is a direct reflection of the respect we carry for ourselves, the natural extension then becomes: Mean-girling others is your raison d’être because you fucking hate yourself.

Did I mention I was livid?

As a semi-adult, I have zero tolerance for bullshit. Fucking zero. In the last decade, I have come up against three such people and they were cut out like a cancer instantly from my world. When you come across these people, you too need to cut them out without a moment’s hesitation. There are billions of people on this earth; love of God, from them, choose other companions. (1)

I feel like this article is full of poison and toxic, and so will close on two gentler and kinder notes. First, that the next new piece will be about amazing people. Friends who make your world light up in your darkest hours. Second, a very short and direct open-letter to my girl –

Dearest N: This is all for you. I have written here after a lengthy time of quiet only because of you. You are an inspiration and a blessing in the lives of so many. We are all sorry that you were mean-girl-d so horribly and that you are struggling to shrug this shit off like a duck does water. But you will get there, because we will carry you through it. Trust.

(1) Now. If you have found yourself saying that you need these people, that you need this particular mean-girl crowd, then you have a problem. Either you are lying to yourself willfully (because unless you are caught beneath ground after a coal-mining disaster, you can always meet new people), or you’re just a literal dumbass. Either way, I don’t know why you would ever read me. You and me, we are not cut from the same cloth, and I can’t imagine what I could possibly write that would be of interest to you, when my entire world-view is premised on inclusion, kindness, and very rich baked goods. Seriously. Why are you here if you need to be a popular kid? Kindly close this tab and exit virtual stage left.